Platforms, branding, franchise, fans, discoverability. There are many words bandied about that all represent the same thing: how does an author build a base of loyal readers. Forbes recently published an article by David Vinjamuri  titled: The Strongest Brand In Publishing Is ... The premise of the article is that brand is more important than platform. He argues that if platform was key, celebrity books would all be successful. One of his interesting observations is that consumers are willing to pay a 66% premium for a book by a favorite author over an unknown author. This means favorite authors sell more books at a higher price. It does seem that brand loyalty is more important than a social media platform.

So, how do you build a literary brand? Although not called out specifically by Vinjamuri , it appears that characterization is the most crucial element. Granted, authors need to know how to write and tell a good story, but readers develop the greatest loyalty to a character. A good character draws readers back to an author faster than fame, storytelling, or exceptional writing skill.

The strongest brand in the most recent Codex survey is Jack Reacher, who is a character created by Lee Child. Reacher is completely different from the stereotypical thriller hero. Jack Reacher novels have sold over 70 million copies, making Child comfortable enough to buy a Boeing product. Vinjamuri writes, “Child carries a higher percentage of his readers with him to each successive book than any other bestselling author.”

If you’re interested in finding out how Child accomplished this, get it from the horse’s mouth. In Vinjamuri’s article, Child gives three perceptive reasons why Reacher has strong brand loyalty.

Now, if I can just get Steve Dancy an introduction to Jack Reacher, all will be right in the world. 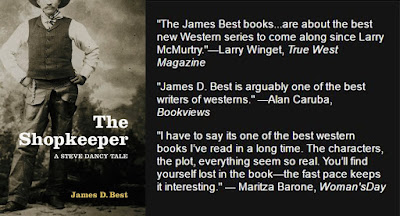