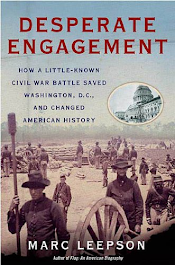 A lot happened between July 9th and the 12th in 1864. Marc Leepson has made this short period of the Civil War the focus of his book Desperate Engagement: How a Little-Known Civil War Battle Saved Washington D. C., and Changed American History.
In the end, the battle changes little other than perhaps delaying the end of the war. General Grant continued his stranglehold on the Confederate Army surrounding Richmond until Lee surrendered at Appomattox. Nonetheless, if the Hail Mary pass had been completed and General Jubal Early had sacked Washington, we might be all speaking with a Southern accent.
It was close. Heart-stopping close.
The risky moves and countermoves, potential payoff, and unbridled heroism on both sides should have made this an exciting book. The Battle of Monocacy and attempted siege are nicely covered in about four or five chapters with the remaining chapters filled mostly with letters and memoirs of the participants, asides, or research factoids. Civil War buffs should find even the trivia interesting, but a casual reader might view much of this text as fill.
at 12:17:00 PM

Based Opinions with a Dash of Cinnamon 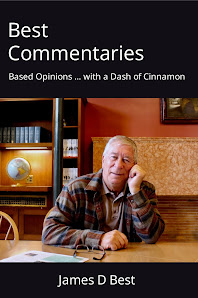 I started my writing career as a magazine columnist. No, not political opinions. My columns were about computer technology. My first book, The Digital Organization, was also a nonfiction, computer technology book. Then I lost control of my senses and wrote Tempest at Dawn, a novelization of the Constitutional Convention. Big subject, big book. And big surprise. I loved storytelling. Been at it ever since, and I have now written eleven novels and several short stories.

Tempest at Dawn, my first novel, brought me some unexpected attention. I had a few scary national television appearances and some surprise endorsements. It also brought me invitations to write for Constituting America and What Would The Founders Think? Soon I was in the thick of political blogging. Along the way, I also wrote for RedState and The American Thinker. It should be obvious from names of these sites that I wrote from a conservative perspective, so, fair warning, Best Commentaries is a collection of conservative opinion pieces.

Democrats are disappointed because past campaigns did not go the way they wanted. Occupy Wall Street did not incite class warfare, Black Lives Matter did not start a race war, and Antifa did not expose a vast cadre of neo-Nazis lurking in the background.

If you lay every economist in the world end to end, you still won’t reach a conclusion. If you want to carry out bad economic policy, it’s not difficult to find a tenured professor to provide the rationalization. Roosevelt, Carter, Obama, and Biden have all applied disproven Keynesian principles … to the same result. Now, remind me, what was the definition of insanity again?

Proponents of Big Government used different nomenclatures to describe their ideal system, but they all have one overriding characteristic—power centralized in government. Socialism, fascism, communism, feudalism, monarchies, dictatorships, theocracies, police states, a unitary state, oligarchies, et. al. concentrate power in the state. The underlying political theology is irrelevant. In each and every case, the individual is subject to control by the state. It doesn’t matter who orders you about. It could be a king, emperor, dictator, a party general secretary, or an elected machine politician. The result is the same. You do as you’re told.

The United States of America is exceptional, but we are not exceptional because we are a different people. People are the same the world over. We are exceptional because of the uniqueness of our founding. The Declaration of Independence and United States Constitution were not events. They were processes that took many years to come to fruition. They both engaged an entire nation. They both were guided by clear principles. They both reflected timeless truths that inspired us to move ever closer to greatness.

You can order an e-book, paperback or hard cover at Amazon or order a print version from your local book store.

If you like it, tell everyone. If you don't, mum's the word. 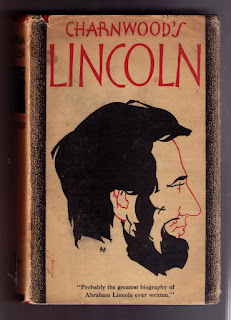 Lord Charnwood published Abraham Lincoln in 1916. In order to get a clearer perspective of the Civil War, it helps to read books from multiple viewpoints. Lord Charnwood wrote only fifty years after the war, bringing an almost contemporaneous perspective to his depictions. His biography has the advantage of proximity but with enough time elapsed to dampen the passions of the moment. More important, as an English depiction, it is a simultaneously a distant point of view. It is a distance of more than nautical miles. Lord Charnwood also brings the bias of English nobility to his descriptions. This is exceptionally important in gaining an understanding of the diplomatic imperative for both sides. The Confederacy desperately sought European recognition of their legitimacy, while Lincoln did everything in his power to deny international recognition and suppress arms and funding from abroad. Lincoln’s success was arguably pivotal to eventually making victory possible.

Abraham Lincoln, by Lord Charnwood can be a tough read. A simple, declarative sentence is beyond the baron. This is partly due to the style of the times and partly the way of academics who feel a need to qualify every utterance. Once the reader adjusts to the wordily writing, nuggets of rare perspective make the effort well worthwhile. For example, Thomas Jefferson is not one of my favorite Founders and Lord Charnwood seems to have shared some of my reservations. He also makes other political observations that an American might be reluctant to express.

If you have an interest in the mid-nineteenth century, Abraham Lincoln by Lord Charnwood can be an enlightening read. 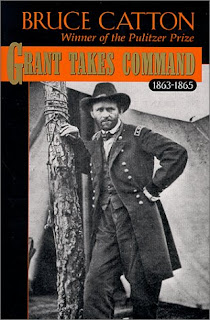 When asked, what sort of man is Grant, Lincoln replied that Ulysses S. Grant was “the quietest little fellow you ever saw. The only evidence you have that he’s in any place is that he makes things git! Wherever he is, things move.
Lincoln explained that every other general briefing him before a battle told him that he was short some crucial resource to ensure victory, but, if ordered, they would proceed anyway. This essential resource was almost always cavalry. Lincoln claimed their real purpose was to shift responsibility to him. When Grant took charge, he immediately recommended reassigning twenty thousand horseless cavalrymen to the infantry. Since there was no way to acquire horses for every man designated as cavalry, these idle soldiers were only held in reserve as a handy excuse. Grant recognized the duplicity and removed the excuse before his first battle.
In this biography, Bruce Catton does an excellent job describing the man and his military philosophy. Grant reminded me of General Patton, a warrior through and through. Both believed that to decrease casualties in war, you don’t minimize the fallen in a specific battle, you win the war to stop the killing.
Catton relates a story about a grizzled sergeant leaning against a fence post when a comrade came up.  The sergeant jerked a thumb at a man in the distance and remarked: “That’s Grant. I hate to see that old cuss around. When that old cuss is around there’s sure to be a big fight on hand.”
at 1:16:00 PM

The best westerns where friendships drive the story

Discover the Best Books has posted my favorite westerns where the story is driven by friendships. 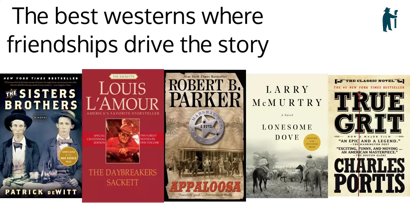 Check out my description of these five books and why I believe the Steve Dancy Tales fits with this group.

The Timeworn Apostate: A Short Story for the Ages

I have a new short story available on Amazon. I'm reminded of the Monty Python classic introduction: "And Now for Something Completely Different." This short story is nothing like my prior work but it has already become one of my favorites. I hope you enjoy it.

A person can have so much wealth that boredom encourages odd pastimes. John Armstrong buys other people’s dreams, then a chance encounter changes the course of his listless life.

I hope you enjoy the stories.

Snake in the Grass

A lone wrangler with a fine herd of horses goes berserk in the middle of nowhere. Steve Dancy and Joseph McAllen must decide whether to ride off or help the crazed boy. 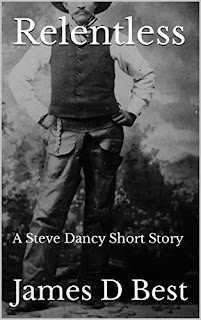 LAND OF LINCOLN: ADVENTURES IN ABE'S AMERICA by Andrew Ferguson 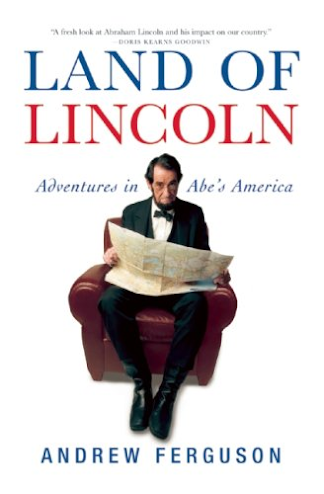 This is a fun memoir of a modern-day search for the real Abraham Lincoln. In childhood, Andrew Ferguson had been a Lincoln buff but had developed other interests in adulthood. The enigmatic and “shut-mouth” Lincoln provided pundits an open field for speculation. As a result, a plethora of interpretations have been tossed around that purport to explain his personality, beliefs, motivations, administration, family, and even sexual orientation. Glorifying tributes stand beside hate filled censures. Ferguson trekked across the country to get a fix on the man. He traversed the Lincoln Heritage Trail with his family, visited major and not-so-major memorials, interviewed Lincoln collectors, gawked at Lincoln impersonators, and talked to guides, academics, and park rangers. Lincoln remained elusive, but Ferguson’s wit and lively writing style kept the quest entertaining and educational … although the reader may learn more about modern-day Americans than they learn about our sixteenth president.

In addition to the seven novel-length Steve Dancy Tales 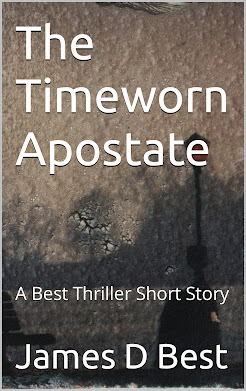 A Short Story for the Ages