"There is no more important time in our present times to learn the how and why of the founding of our great republic. This highly readable book is a very good place to start." Alan Caruba at Bookviews 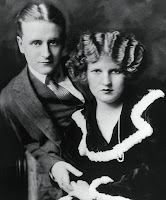 Flavorwire has published a wishlist of reality-TV shows they'd like to see about famous authors. Since my own life is fairly boring, I initially thought this was a lame idea. After all, how interesting could it be to watch a writer pounding away at a keyboard. Actually, pretty darn interesting for these writers. If this series goes into production, I'm going to have to look into my inner weirdness. (The article may have appealed to me because I'm going to see a play of The Great Gatsby tonight.)

Reader's Digest Picks The Best Thrillers of All Time

"What makes a thriller thrilling? Nonstop action, precarious situations, hair-raising suspense, and heroic characters all exemplify the best thrillers on the market." This Reader's Digest post list their editors' choice for best thrillers. I'm providing the link to this list because I was surprised to find that I had read all ten books. (They actually cheated and list more than twenty books.) I'm not sure I would rate them the ten best of all time, but every one of them is pushing hard for the honor.

Take a look. You may find your next book on this list.

Antagonists don’t have to be alive, or even a machine. Many good stories have been written where the protagonist is challenged by a place. In Last of the Breed, Louis L'Amour pits his protagonist against the Siberia wasteland. Although humans made appearances, Daniel Defoe primarily challenged Robinson Caruso with a deserted island. There are many stories of a single person fighting against the elements, but the antagonist as a place does not need to threaten only individuals. The true antagonist in Clive Cussler’s Raise the Titanic is the depths of the frigid Atlantic. Sebastian Junger in The Perfect Storm pits weather against the fishing crew of the Andrea Gail. Although nonfiction, in Alive: The Story of the Andes Survivors, Piers Paul Read tells the story of how a rugby team won a battle against a mountain.

Place can also take on a secondary antagonist role. To a great extent, Dorothy is attempting to escape Kansas and Tara is Scarlett O'Hara’s nemesis.

When the antagonist is a place, then the story is often one of gut-wrenching endurance. The narrative almost always starts with a set-up that shows the protagonist as completely unprepared for a test of stamina and courage. These are stressful stories that examine human limits.

Most of the time, the protagonist wins, but sometimes not, as in The Perfect Storm. 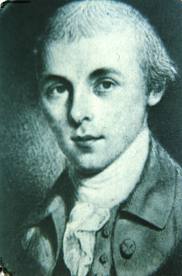 The Most Divisive Characters in Literary History 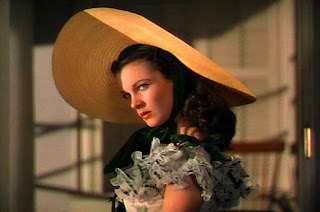 Emily Temple has written an interesting piece about divisive characters in literary history. These are not your run-of-the-mill heroes--or even antiheroes. These characters are a small breed set apart from normal and abnormal protagonists. Divisive characters agitate the rest of the cast, and elicit a strong reaction from readers. For example, Temple calls Scarlett O'Hara, "selfish, vain, spoiled, and sometimes manipulative to the point of sheer cruelty." Scarlett may have been a handful, but Gone With the Wind would be a boring story without her.

When a technology is about to break out commercially, entrepreneurs get their competitive spirits up. They want to dominate the marketplace for the new and nifty. Inevitably, a handful of business savvy technologists carve out large segments of the market and stiff arm any upstart that has the audacity to invade their territory.  Before long, there is usually only two to five left standing. Except, they aren't exactly standing around idle ... these titans are gathering up arm's full of cash. Piles of money that mere mortals can't even comprehend.

Is it all really about money? Not a chance. It's the game. It's about winning, and money is just how the game is scored.

I could be talking about Steve Jobs, Bill Gates, Mark Zuckerberg, Larry Page or Sergey Brin, but I'm not. I'm researching the next Steve Dancy Tale, which will be titled The Return (Which is now available). The men who brought this thought to mind lived one hundred and fifty years ago. Today, technology entrepreneurs build their empires along the western seaboard, but during the mid-eighteenth century, they live in New York City and its environs. If you want to see how little has changed in the business of leveraging emerging technologies, read about Thomas Edison, George Westinghouse, Nikloa Tesla, and their contemporaries. Bringing electricity to the masses was as electrifying as anything this modern bunch is doing with computers, clouds, and tablets. You'll be startled at the parallels. 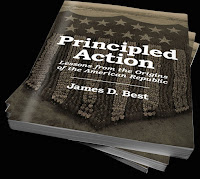 In a previous post, I wrote about villainous animals and machines, but most villains are human. In my mind, villains are a subset of antagonists, and the very worst villains are yet a further sub-division. In this article, I’ll look at the most depraved villains in modern storytelling. These are really bad guys and gals who have no socially redeeming value. They have three overwhelming characteristics:

These are the most memorable villains in all of fiction. I have a Pinterest Board titled “Bad to the Bone” that displays pinups of extreme villains that meet the above criteria. It only looks like a crowded field. In fact, bad to the bone antagonists are the exception. Most villains are portrayed with far more subtlety or empathy. The most obvious reason for painting antagonists in gray-tones is that humans are not all good or all bad, but when a villain is expertly portrayed as pure evil, it raises the story to a level that can transcend generations and cultures. 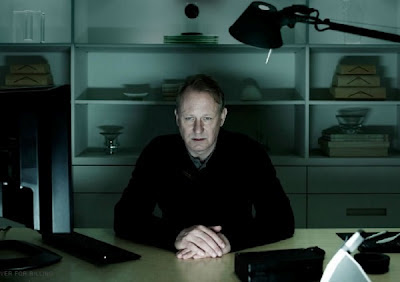 As an example, look at Martin Vanger, from The Girl with the Dragon Tattoo. He is not only a second generation serial killer of young girls, he enjoys assaulting and torturing them over an extended period of time. He has no remorse, he shows no mercy, and he neither seeks nor finds redemption. Another example is Elliot Marston in Quigley Down Under, who under false pretenses lures Quigley to Australia to kill aborigines. Other examples include the Wicked Witch of the West, Chigurh in No Country for Old Men, Salieri in Amadeus, Heath Ledger’s portrayal of The Joker, and the front-runner for worst fictional father of all time, Jack Torrance in The Shining. There is only one answer for these extreme villains … death. 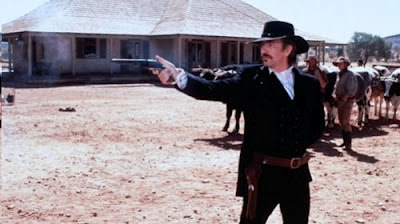 Most stories are about a flawed hero pitted against a villain that harbors some sort of rationalization for his less than pristine behavior. You might call this the decent against the bad, rather than good versus evil. Nuanced characters are more like real life. But sociopaths exist in real life as well. Amon Goeth in Schindler's List is perhaps the most disturbing of my gallery of rogues because he is based on a real person. As in all storytelling, we are meant to take away lessons from tales of good versus evil. 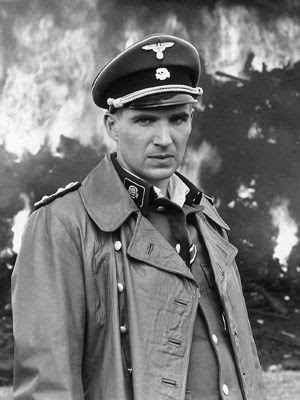