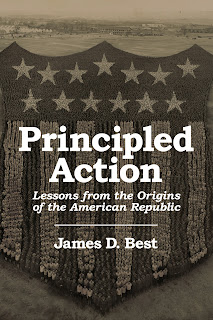 Martin, at What Would the Founders Think reviews Principled Action, Lessons from the Origins of the American Republic.

(Martin appropriately opens his review of my book with the following disclaimer: "The author of Principled Action is a primary author on What Would The Founders Think and also a good friend of this reviewer.")

"The Constitution lays out the framework and defines the limits of government authority.  Best devotes several chapters to the thinking that went into its design as well as the issues of the time in which it was written.  In so doing, he offers clarity and exposes some of the stretched, or downright inaccurate interpretations prevalent today ... Best offers some advice on regaining the government formed by the second revolution.  One such suggestion is that we restore the Founders’ Suspicion of Powerful Government.  Only by reaffirming those Founding Principles can we once more become a people of Principled Action."

You can read the full review at What Would the Founders Think?

Principled Action—Part of a Plan 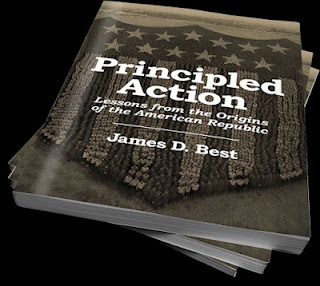 I've been asked why I chose to write a non-fiction book about the Founders’ principles. Steve Dancy fans seem especially irked that I didn't write another book in my Western novel series. Before I answer that question, I'd like to assure my readers that I am currently working on the fourth Steve Dancy Tale. I expect the book to be available well before Christmas.

In truth, interrupting the series is not new. I have always written a completely different kind of book after each Steve Dancy Tale. The Shut Mouth Society followed The Shopkeeper, Tempest at Dawn followed Leadville, and now Principled Action has followed Murder at Thumb Butte. This is purposeful. If every other book is outside the Western genre, I'll always be eager to get back to the series and it will keep the Steve Dancy Tales fresh.

That said, I wrote Principled Action, Lessons from the Origins of the American Republic because I had developed the theme while preparing a lecture for the web-based Beck University. The Theme—and resulting book—was a natural follow-on to Tempest at Dawn, a historical novel about the Constitutional Convention. Fiction has certain advantages over non-fiction and vice versa. I meant Principled Action to be a companion book to Tempest at Dawn—Tempest engages the reader by telling an exciting story populated with real people, while Principled Action is explicit in describing the motivations and beliefs of the Founders. In both books I used the Founders’ own words, but in the novel I modernized the language, and sometimes moved it around to fit the plot line.

·      Rights Come from God, Not Government
·      All Political Power Emanates from the People
·      A Limited, Representative Republic Protects Liberty
·      Consent of the Governed Requires a Written Constitution
·      Liberty Depends on Private Property Rights
·      Power Must Be Balanced and Checked

These are often called First Principles. The Declaration of Independence and Constitution were not cobbled together like a modern law. These documents were firmly grounded in the teachings of the brightest thinkers from ancient Greece to the Enlightenment. More important, these principles were understood and debated by a large portion of the populous. The United States of America was not founded by fifty-five men who held a long meeting inside a stuffy room in what we now call Independence Hall. Our nation was founded by We The People at Ratification Conventions that were independent of national and state governments.

To best convey the enormity of these ideas, I believed it took the emotion of storytelling and exactness of non-fiction. Anyway, that’s why I wrote Principled Action, but now I’m enjoying my work on a new shoot ‘em up.
at 2:21:00 PM 2 comments: Links to this post 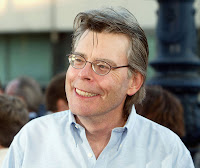 "Pen names speckle literary history and our modern bookshelves. If you own anything by George Orwell, Anthony Burgess, or George Eliot, you own a piece of the epic chronicle of pseudonyms. Authors change their names for many reasons, but historically, one of the strongest reasons to use a pen name was to hide your lady bits. Back in the day, women writers were forced to use male pseudonyms."

Read the complete article at Flavorwire
at 3:33:00 PM No comments: Links to this post