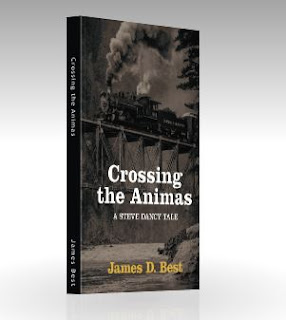 The trade paperback edition of Crossing the Animas is now available. You can buy it at Amazon here.

You might be surprised by the plot. Steve gets into trouble once again. McAllen builds a horse ranch, Sharp finds a long-lost love, and Steve and Virginia plan a wedding. Bad guys aplenty want to disrupt all of their plans. Wonder how it will work out.

Crossing the Animas is available for the Kindle. The print format will along shortly. Center Point plans to publish the large print library edition early in 2018. No contract has been established for an audio version, but I'm sure that will come along later this year. 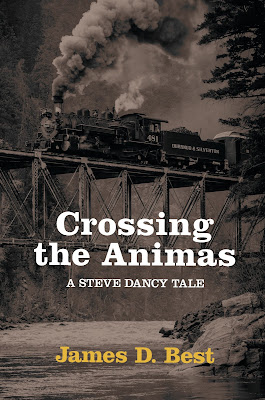 “Ben Law is tough… and mean. He enjoys taking care of problems for his boss. He won’t just verbally assault you. He and his men will hurt you. Bad.”
Steve Dancy is about to find this out. With his new home in Durango, Colorado, the kind with a nice white picket fence, and marriage on the horizon, the last thing Dancy wants is trouble.  Especially with a mining tycoon and his henchmen. But this is the frontier … and sometimes a feud finds you. Sometimes, it even chases you. When the quarrel endangers Dancy’s fiancée and friends, he has no choice but to fight.
And this is a fight Dancy must win.

P.S. Evidently Crossing the Animas is so new that searches may not turn it up. You can go directly to the product page here. 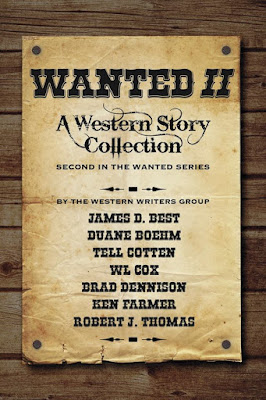 Wanted II, a collection of seven western short stories, is now available for Kindles. The paperback version will be along shortly. Try six western authors for only $2.99. You'll discover I have good company on these pages. 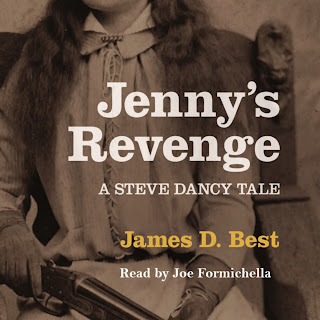 Don't forget about the recent release of the audio version of Jenny's Revenge. Even if you already read it, listening can double the pleasure. 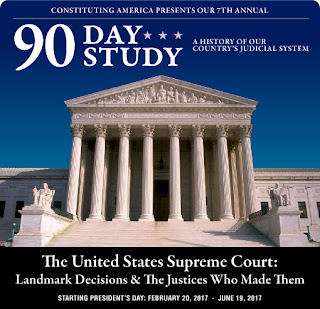 hree essays this year for Constituting America. This is a great site about the founding of our country. My first essay on Home Building & Loan v. Blaisdell (1934) has been published here. I'll let you know when the other two become available. Both are due by May 1, which looks pretty close. As the famed author, Douglas Adams said, "I love deadlines. I love the whoosing sound they make as they go by."

Wanted II is now available for pre-order at Amazon. Again, the book includes a Steve Dancy short story. This was a fun one for me. Steve is traveling by horseback from San Diego to Los Angeles when he's attacked by highwaymen. Grab a copy. At $2.99, the ebook is a great bargain with short stories by some of the best western writers of our day. Present company included, of course. 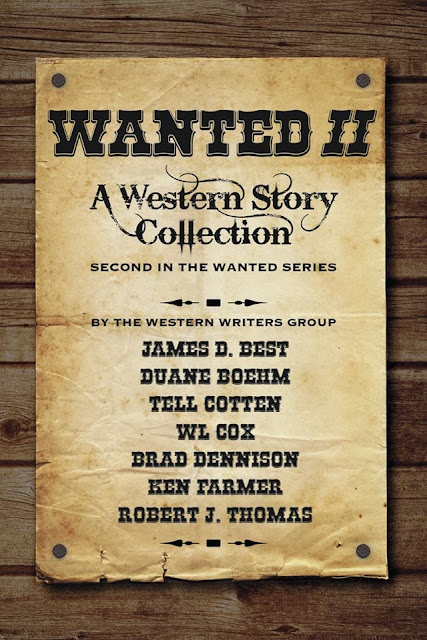 
Jenny Bolton has plans, and they don't bode well for Steve Dancy.

Married at 15 to a Nevada politician, Jenny suffered repeated assaults, witnessed her husband's ghastly murder, buried her mother-in-law, and killed a man. Dancy, who had once served as her paladin, rejected her without as much as a goodbye. Abandoned on a raw frontier, she's single-handedly building an empire that spans the state. Despite her triumphs, she feels she never should have been left alone.

Soon to marry, Steve is eager to begin a new life, unaware that Jenny is mad for revenge.
at 11:24:00 AM No comments: Links to this post