Another Time, Another Place ... Another Story 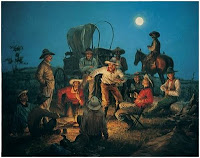 I will be making a presentation on storytelling at Trilogy Vistancia on April 22, 2010, 6:30-8:00 pm in the Tewa Ball Room. The event is not open to the public, but I have posted my presentation on Slideshare. I'm interested in any feedback. 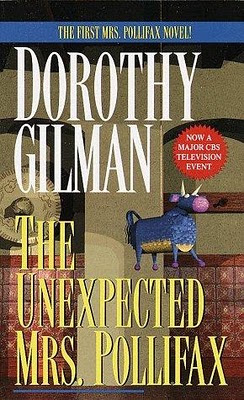 In a previous post I said that novelists should pay close attention to the personalities of minor characters. Cardboard secondary players make a dull story. That said, the most important element to engage readers is the character of the protagonist and antagonist. Antagonists are fun, and come in many varieties, but in this post, I'll discuss the protagonist.

Protagonists can be an action heroe like Dirk Pitt or the bride from Kill Bill, or cerebral like Sherlock Homes and Nancy Drew. Most of the time, however, protagonist fall between these two extremes, like Philip Marlow or Emily Pollifax. Even though protagonists are distributed along an unbroken and endless continuum, I classify them generally as wholesome heroes, flawed heroes, and antiheroes.

For wholesome heroes, think Roy Rogers, Luke Skywalker, Jefferson Smith, or any superhero before Hollywood started jerking them toward the dark side. Today, we seldom see wholesome heroes. Some see this as part of society's new-found cynicism, but I attribute it more to the demise of the standards boards that used to rule television and movies. In truth, a flawed hero is a more real character and certainly more interesting.

The flawed hero has ruled fiction since Odysseus, and has always been my favorite. When I was a child, Gene and Roy didn't appeal to me. I preferred Paladin and Josh Randall, the gun for hire and bounty hunter respectively. Flawed heroes come in many varieties, but they all struggle with something personal as they engage their adversary.

Recently, the popular media has become infatuated with the antihero. Antiheroes run the gamut, with many finding redemption as they sacrifice to save the day. The epitome of this trend toward increasingly nasty antiheroes would be Chigurh in No Country for Old Men. This reprehensible character is engaging, but not sympathetic. In the end, he is not redeemed, nor does he feel remorse. Walter Hartwell "Walt" White in the television series Breaking Bad is another example of Hollywood's facination with antiheroes.

The key to a good protagonist is an emotional connection with the reader or viewer. The audience must care whether the protagonist succeeds in his/her quest or endeavor. Wooden heroes need not apply. That's why the flawed hero dominates fiction. People identify with their failings and imagine that they too can overcome their internal misgivings to rise to the occasion. We all need heroes, and we all want to think that if the situation presented itself, we could indeed be heroic ourselves.
at 4:19:00 PM No comments: Links to this post