Flavorwire published a list of writing tools used by famous authors. I was disappointed in the article because they failed to ask me about my favorite writing tools. What could they be thinking? 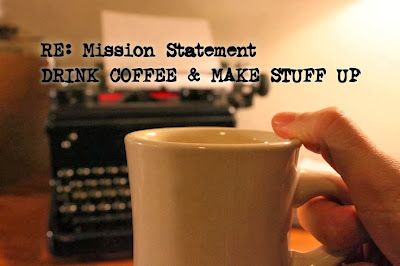 Anyway, to fill in the record, here are my top three writing tools. 1) coffee, 2) a laptop, and 3), my imagination. Put those three ingredients together and books pop out. Okay, they don’t exactly pop. More like creep. Even after they emerge full-born, they're unruly, demanding of attention, and a bit messy. They’re my babies, so I immediately use the same tools to whip them into shape—figuratively speaking, of course. 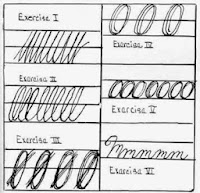 I’m not sure how earlier authors wrote in longhand. In fact, the further away I get from those awful pages filled with slashes and O’s, the harder it is for me to even write a check legibly. Four-function calculators ruined my ability to multiply and divide; now I can’t write without a trusty computer.

I once wrote a book in longhand and paid a typist to produce a readable copy. After reading the supposedly readable copy, I revised the gibberish and paid to have it typed again. No wonder I gave up. I couldn't even grip a golf club properly after a few hours of writing.

Does that mean the old masters were better writers than a modern day author with moon-launch technology at their fingertips? Yes.

I'll never quit admiring authors who composed entire works with pen or pencil and a few reams of paper. James Madison wrote over 200,000 words when taking notes at the Constitutional Convention. That was in addition to his contributions to the Federalist Papers and countless letters to friends, neighbors, and enemies. Shakespeare wrote 38 plays, 154 sonnets, and 2 epic poems. Both men's hands were perpetually ink-stained from writing with quill pens. Mozart walked around in public with a blackened hand as well. Early writers and composers had to do it all in their head, without the capability to save multiple versions, print endless copies, or cut and paste words or whole sections of a work.