A Surfer in Nebraska? 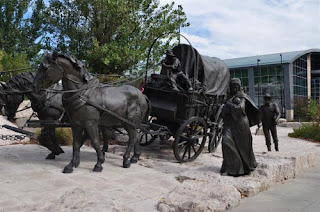 We arrived Friday evening in Omaha. It was late and we were very tired. Eight hundred and sixty miles of driving in a single day tends to do that to a worn out old body. I can’t imagine the hardships the pioneers endured. Brave souls.

Omaha, Nebraska is the geographic center of the nation. In the early days of the Cold War, the Pentagon put the Strategic Air Command headquarters outside Omaha to make it harder to hit. This means you can’t live in the United States and be further from a breaking wave.  So why would a lifelong surfer head for Nebraska? To be close to my grandkids who live in Omaha and closer to the ones who live in NYC. Besides, we still have a small condo in Pacific Beach to escape harsh winters on the Great Plains. Ironically, we bought our San Diego place to escape the scorching Arizona summers. (Arizona has two seasons: winter and hell.) I just need to convert from a summer surfer to a winter surfer. Thank goodness for wetsuits. 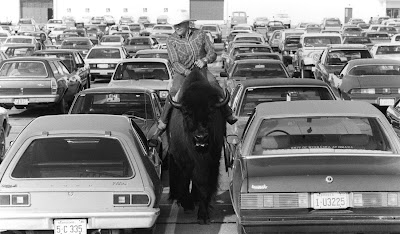 I’m going to enjoy writing Westerns from Nebraska. Omaha and the surrounding territory have a great Western heritage. In some respects, pockets of Arizona remain the Wild West, but Omaha nurtured the move west for many of the pioneers. Besides, it will be a great take-off point for trips to South Dakota, Colorado, Wyoming, and Montana. These are all states I’ve visited several times, but want to spend more time exploring. It all ought to be great fun.