Hollywood must believe that the only way to draw us into a theater is to give Sherlock Holmes the glitter of James Bond, portray the Three Musketeers as superheroes, and pit cowboys against ghastly aliens. If the script is really weak, they shove it in our face by releasing the movie in 3-D. Are there no real writers left in Hollywood? Are kids the only ones that can gin up box office? Flash and dash is great when it’s integral to a story, but a bore when it consumes the entire one hundred and ten minutes. Storytelling is an art. It seems Hollywood commits all of is creative talents to bookkeeping. It’s hard to believe that they’re still is an Academy Award for Best Screenplay.

Just finished The Dirty Dozen, How Twelve Supreme Court Cases Radically Expanded Government and Eroded Freedom. I barely got a B in my only law course, but I thoroughly enjoyed this book.

Read my review at What Would the Founders Think?
at 1:36:00 PM No comments: Links to this post 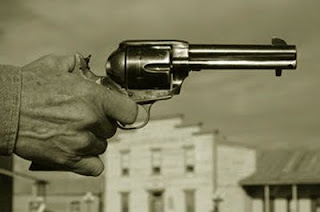 My web hosting came up for renewal and I had to make a decision. Blogger features have greatly improved, and the time used to update my two websites is time I am not writing. So ...  I'm letting my Steve Dancy site go and replacing it with the Steve Dancy Page you can see above. I'm retaining the jamesdbest.com site, however.
at 6:08:00 PM No comments: Links to this post 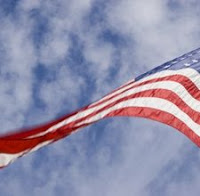 I'm late with this post celebrating Independence Day because I've been out enjoying the day with thousands of other Americans. This is a great day for celebration, but the name is a misnomer. We may have declared our independence on July 4, 1776, but it took eight years of war to make the declaration a reality. The signing of the Declaration was a commitment of colossal proportions. There was no turning back. The colonists now had to defeat the greatest empire in the history of the world, or they would be most probably executed, but undoubtedly ruined. Our Founders believed liberty was worth any risk. We should all take a moment today to thank them for our great country.
at 4:21:00 PM No comments: Links to this post