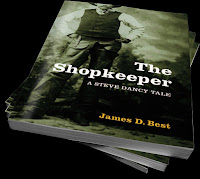 "The Shopkeeper did not disappoint. It's well written with deep characters (that we care about) and a swift plot that keeps the pages turning.  The descriptions of the vast Nevada country are ample without the overkill. Great dialogue and a well contrived plot." 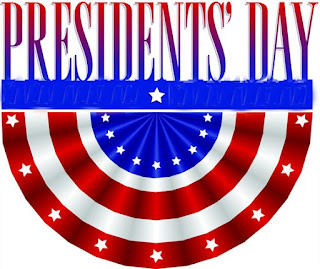 On President’s Day it seems only fitting that we let the men who’ve held the title speak for themselves.

Heroes, Villains, and Things that go Bump in the Night

I’m not generally a fan of mechanized villains. For the most part, they seem like an easy device to turn excessive violence into bloodless mayhem. An example would be the battle droids in Star Wars. Mow hundreds of them down and still receive a PG rating. It’s the same with Megatron in Transformers.

There have been some terrific machine villains: machines that were scary, clever, and tough as tempered steel. The irony is that all of the great bad-guy-machines were humanized—which meant they couldn’t be indiscriminately killed by the dozens. My favorite is Roy Batty, the leader of renegade replicants in Blade Runner. Batty was humanized to the extent that he cried, found redemption, and bid our hero a great life. 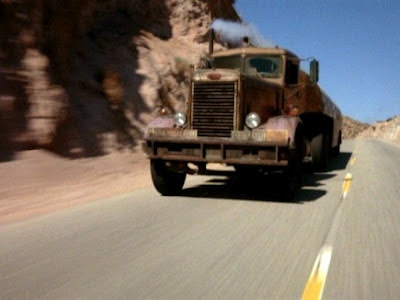 Spielberg invented a vile machine in Duel, his first full-length movie. The rusted-out semi chased our common-man hero over hill and dale. Granted, there must have been a driver, but we never saw him and the truck itself was portrayed as malevolent. Christine was another wheeled vehicle that seemed more human-like than some of the cast. The Terminator is an obvious example, but the T-800 stayed a mindless robot for the entire first story. It wasn’t until Arnold Schwarzenegger went over to the light-side that later incarnations were humanized. West World’s gunslinger, Gort in The Day the Earth Stood Still, and HAL in 2001: A Space Odyssey are other great examples. 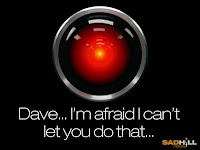 Machines can make great villains, but if you want the audience to care if they are defeated, then you need to give them a personality.
at 12:54:00 PM No comments:

Amusing video of 5 Worst Typos ever, including the United States Constitution and the Bible. 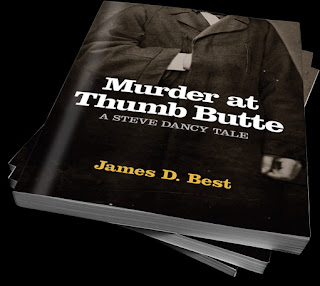 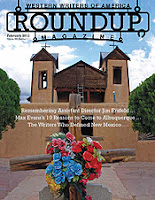 This is a well-plotted mystery, as well as a terrific Old West story. I found the idea of a stock swindle entertaining, especially considering the era in which the story is set. It could’ve been ripped from today’s headlines, but reads entirely authentic to the time period. Best has a great character in Steve Dancy, and has created an excellent cast of secondary characters. — C.K. Crigger 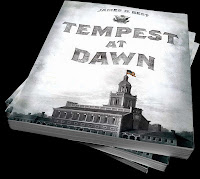 "Tempest at Dawn is a novel. Fiction. Historical fiction. It does adhere closely to Madison’s notes when describing what occurred in the Assembly Room. But James Best uses the imagination of the novelist to construct what might have occurred in the taverns, salons, dining rooms and inns. He also draws on historical data to present us with the personalities of the major participants in the convention. The result is a readable, engaging story of the creation of our Constitution."
Read the Full Review
at 4:16:00 PM No comments: 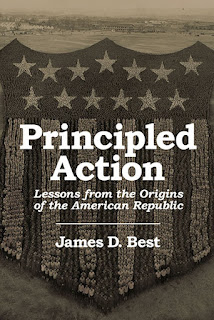 Prior to 1776, world history was primarily written about kings and emperors. The American experiment shook the world. Not only did the colonies break away from the biggest and most powerful empire in history, they took the musings of the brightest thinkers of the Enlightenment and implemented them. The Founding of the United States was simultaneously an armed rebellion against tyranny and a revolution of ideas—ideas that changed the course of world history.
at 10:45:00 AM No comments:

Interesting list, but where are Mark Twain's white suit and Tom Clancy's sunglasses? Or Shakespeare's ink stained hand, for that matter. Oh wait, there are no photographs of Shakespeare's blackened fingers.
Link to Article 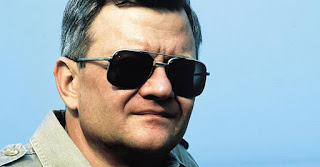 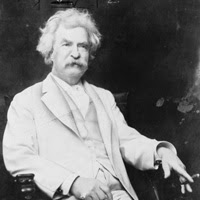 Speaking of Mark Twain, here's my favorite quote:
"Always do right—this will gratify some and astonish the rest."
at 9:46:00 AM No comments: