Is the Mythology of the Old West Dead?

The mythology of the Old West has been denigrated by the people who set literary fashion. They say it is idealized, simplistic, tired, and, above all, untrue. The good guys were never that good. Frontiersmen and settlers displaced noble people already occupying the land. Coarse immigrants came in droves to desecrate a pristine wilderness. Eulogized heroics usually involved vigilantism, which offends those who honor the rule of law.


The Future of the Western Genre 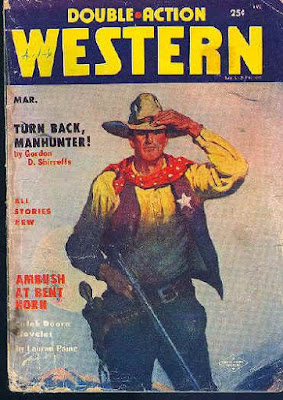 For the last couple of decades, enthusiasts have lamented the demise of Westerns while the rest of the world has gone about its business, ignorant that anyone might care about a genre relegated to a few obscure shelves at the local bookstore. Westerns were hugely popular for over a hundred years. Not only were they popular in the United States, but the whole world devoured them. The Western was a staple of fiction, Hollywood, television, and daydreams. What happened?


The Virginian, A Classic Western Revisited 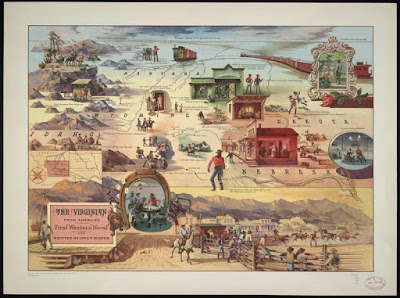 The Virginian was published in 1902 by Owen Wister (1860-1938). The novel received critical acclaim and was a huge bestseller, eventually spawning five films, a successful play, and a television series. An instant success, it sold over 20 thousand copies in the first month, an astonishing number for the time. It went on to sell over 200,000 thousand copies in the first year, and over a million and a half prior to Wister's death. This minor classic has never been out of print. Beyond the multiple works that carry its name, The Virginian has inspired hundreds of stories about the Old West. What made this novel so appealing?


Characterization is a crucial aspect of fiction. We know this because it's drilled into us at school, in workshops, and in all the how-to books and journals we read. The protagonist must come across as real and interesting enough to pull the reader all the way through to the end of the story. A common mistake, however, is to focus too much attention on the protagonist. When you read a great book or watch an outstanding film, it's usually the antagonist that lifts the story above the ordinary. 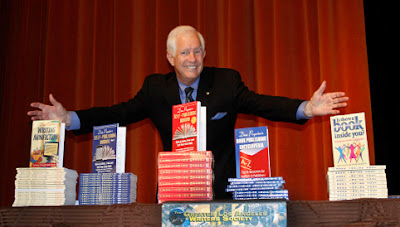 My first book was published by Wiley.  It was an agented, non-fiction book.  After I completed my first novel, Tempest at Dawn, I secured a different New York agent that specialized in fiction.  While the agent shopped my lengthy, historical novel, I wrote a genre Western titled The Shopkeeper.  Since the advance for a Western wouldn’t make a down-payment on a small Korean car, my agent declined to represent it.  No problem, I’d self-publish.

The United States Constitution is one of our country’s two most revered documents. It’s one thing to write a history book about the Constitutional Convention, but a novelization could be seen as trespassing on sacred ground. When I started Tempest at Dawn, I knew the gravity of the project, but I had no idea how much work it would entail. It was twelve years between the first word and publication.

Read the article at Kindle Books and Tips 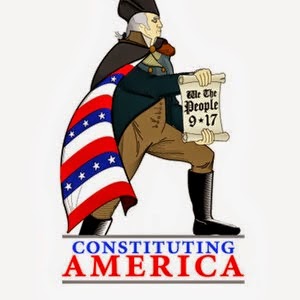 
Ten Attributes Of An Entrepreneurial Titan
Is Your Infrastructure Ticking
A Capital Idea
The Mainframe is Dead?
The Implications for Outsourcing
The MIS Executive as Change Agent
A Case Study of Shop Floor Systems Evolution
Ongoing Development of a Distributed Shop Floor Control System
Distributed Processing for Shop Floor Control