Can Tasteful Nudes Save an American Icon? 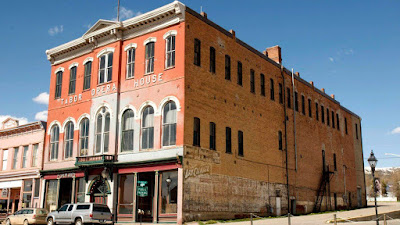 I write westerns partly because I want to preserve our frontier heritage. (I also write them for fun and profit.) Recently, I encountered someone who is preserving the Old West in a much more concrete way. Laurel McHargue and her cohorts are raising money to preserve the Tabor Opera House in Leadville, Colorado.

Listed on the National Trust for Historical Preservation, the Tabor Opera House is a unique artefact of our frontier culture.

Known as “the most perfect place for amusement between Chicago and San Francisco,” this unique and historic opera house is poised to once again become a vibrant community asset in a transitioning mining town nestled amongst Colorado’s highest peaks.

Built in 1879 in a mere 100 days by mining tycoon Horace Tabor, the opera house stage has been graced by entertainers such as Oscar Wilde, Harry Houdini, and Judy Collins.

The opera house has been minimally and seasonally operated for decades and suffers from deferred maintenance due to lack of resources. A full rehabilitation is estimated to cost up to $10 million, a hefty lift in a small mountain town of 2,600 people. The future of the building is uncertain as the National Trust and partners work to transition its ownership structure. 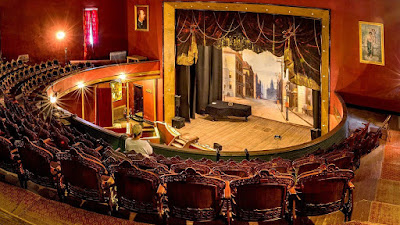 I have a kinship with this project because Horace Tabor has a walk-on in my book, Leadville. Further, the proof-of-life note for Captain Joseph McAllen's daughter was written on the back of a Tabor Opera House broadside.

Laurel McHargue organized the Leadville Literary League. These brainy women noodled how to raise money to preserve the most important historic building in this once-prospering mining town. In the end, they took their inspiration from the 2003 film Calendar Girls.

You can help save the Tabor Opera House by pre-ordering your 2018 historic calendar at http://leadvillelaurel.com/ or by contacting Laurel McHargue (laurel.mchargue@gmail.com) for an order form!

They’ll be the most unique gifts you can buy for all your 2018 gift-giving needs!

Here's an even better idea. The calendar cost is $19.95, but if you can pledge $25 to the project on Kickstarter, you'll receive a calendar as part of your pledge. For only five dollars more, you become a patron of the arts.

“Jeff, he ripped a Tabor Opera House flyer off the wall.”
“So?”
“It went up yesterday and advertises Anna Held. If she writes her note on the backside, it’ll prove she’s alive as much as her pen hand.”
“She’s alive. Otherwise they wouldn’t agree to get a note from her.”
“But once they’ve given us the letter, do they have any reason to keep her alive?” 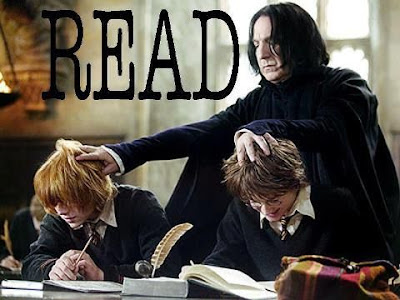 Thou shalt not is soon forgotten, but Once upon a time lasts forever. Philip Pullman 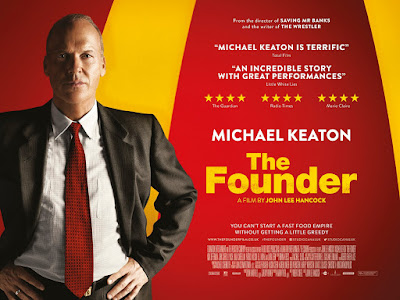 I recently watched The Founder with Michael Keaton. I enjoyed the film. It’s an interesting character study and does a good job of telling the McDonald’s story. (I personally think McDonald’s has lost its way, but no worries, In and Out Burger picked up the business model and did it one better by delivering great burgers.) The story, of course, is about the invention of fast food, the bane of the calorie conscious the world over.

However, the concept of fast food reminded me of something I ran across in my research for The Shopkeeper. I wanted to make my western series different from the norm, so I focused on miners instead of cowboys and other traditional icons of the frontier. Mine workers start early in the morning, and I discovered they frequently ate biscuits standing up in a saloon.  This may be the real start of fast food. (McDonalds just slapped egg, sausage, and cheese inside the biscuit.)

Here’s how I used that tidbit of research in The Shopkeeper.

Other meals I eat for fuel, but I dawdle over breakfast—and Mary cooks a hell of a breakfast. Mary ran the restaurant across the street from my ragtag hotel. It was not a restaurant in a New York sense, but nonetheless it was the best place to eat in Pickhandle Gulch. Her small building, plank floors, and long tables were all made from unfinished lumber, but a few touches like lace curtains had softened the rough appearance. Breakfast for miners usually consisted of biscuits eaten standing up in some stale-smelling saloon. Not fancy, but quick. They needed to get to work. Mary catered to the mine owners, town merchants, and people like myself, who had the time and money to eat a slow, hearty breakfast.

As I entered her tidy café, the aroma pulled the trigger on my appetite. I took my usual seat at a table by the window, and Mary sauntered over with a cup of black coffee that suspended its own little cloud of steam above the rim.

“Everything it is—over easy, crispy, and soaked in grease.”