In remembrance of my father

On Father's Day and Memorial Day I've posted about my father who was a P-51 pilot in World War II. He flew bomber support missions out of Iwo Jima and never returned after his flight encountered a tropical storm that grew into a typhoon.

Recently, I saw an advertisement to ride in a P-51. I had worked ten years in the factory where the P-51 was built (the F86 and F100 as well), and it was the plane my father flew, so I jump at opportunity. I wanted to share an experience with my father. A very fun and memorable ride.

(Spoiler alert: if you're a Deadwood fan, you won’t like what follows.)

I watched Deadwood: The Movie last evening. A little late to the game, but it's difficult to watch this western with teenage girls in the house. Actually, the three thirteen-year-olds have only lived with us a week and the HBO Film has been available for over six weeks. In truth, I wasn’t keen to see it. After three separate attempts, I never finished the series … and I write Westerns for a living. What’s wrong with me?

I loved the television show until Wild Bill Hickok died, then I no longer cared about any of the characters. Deadwood didn’t draw me back because the story wasn’t compelling. Same for the HBO Film. The movie tied up every loose end, and every actor got to invoke their character’s iconic pose, but the main storyline could easily have been captured within a single episode. The rest felt like fill and forced nostalgia.

The problem with Deadwood is the overuse of visual and dialogue gimmicks to project an artful image. The ploys get old after a few episodes. The harsh profanity mixed with stylized formal speech reminded me of Betty White using the F-word; funny at first, tiresome with repetition. The cardinal rule of storytelling is to never take the reader/viewer out of the story, and the odd dialogue did just that.

Many believe the stilted speech—punctuated with swearwords—made the show unique and artsy. Executive Producer David Milch insists that the vulgar, Elizabethan-like dialogue is based on historical research. To steal a word from the era: poppycock. No characters talked this way in any of the stories by Mark Twain, Louisa May Alcott, or Owen Wister, who were all there. In that age of propriety, they would have omitted profanity, but I doubt Wild West speech would make rap singers sound virginal. In case you think I'm a prude, I occasionally use harsh profanity in my novels, but sparingly, so the impact is not diluted by repetition.

The Deadwood dialogue reminds me of James Fenimore Cooper’s attempt to invoke an earlier age with excessively formal language. Cooper wrote historical novels that occurred about a hundred years in the past. Mark Twain, my favorite Western author, didn’t like Cooper’s writing. Wait, that was far too mild of a sentence. In his article “Fenimore Cooper's Literary Offenses,” Twain ridicules, lacerates, and skewers Cooper.

I may be mistaken, but it does seem to me that "Deerslayer" is not a work of art in any sense; it does seem to me that it is destitute of every detail that goes to the making of a work of art; in truth, it seems to me that "Deerslayer" is just simply a literary delirium tremens. A work of art? It has no invention; it has no order, system, sequence, or result; it has no lifelikeness, no thrill, no stir, no seeming of reality; its characters are confusedly drawn, and by their acts and words they prove that they are not the sort of people the author claims that they are; its humor is pathetic; its pathos is funny; its conversations are -- oh! Indescribable;  its love-scenes odious; its English a crime against the language.

Counting these out, what is left is Art. I think we must all admit that.

Twain wrote about dialogue in another section:

When the personages of a tale deal in conversation, the talk shall sound like human talk, and be talk such as human beings would be likely to talk in the given circumstances, and have a discoverable meaning, also a discoverable purpose, and a show of relevancy, and remain in the neighborhood of the subject at hand, and be interesting to the reader, and help out the tale, and stop when the people cannot think of anything more to say. But this requirement has been ignored from the beginning of the "Deerslayer" tale to the end of it.

Even the style of this article is meant to mock formalistic writing.

In summary, the starchy speech demanded attention but didn’t enhance the storytelling. I found the volume and volume of profanity off-putting and wearisome. The nostalgic scenes didn’t work for me because I hadn’t missed the characters. Excluding that, what is left is pretty good. I think we all must admit that. 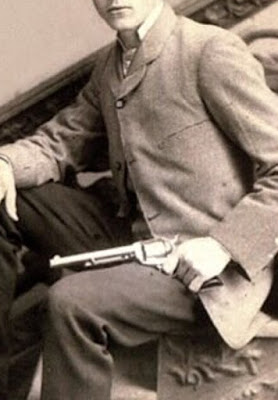 No Peace is one step closer to publication.

I have used the same editor for eleven books, and once again, I'm beholden to her for saving me embarrassment. I always think I've submitted a perfect manuscript, only to discover a prodigious amount of red ink on every page. Contrary to popular belief, novels are not entirely a solitary task. Beta readers, editors, book designers, and cover graphic designers all play a major part in bringing piece of fiction to market. I am grateful for them all. 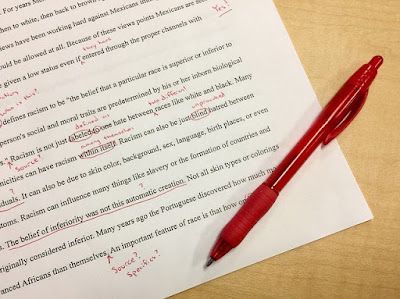