A few days ago, I wrote a disparaging post about Western mash-ups. Since I’m not into weird Westerns, I was unaware that many Western mash-ups had become cult films. At least, that's what I've been told. I haven't actually watched any of these films, so I cannot vouch for their Western authenticity or historical accuracy. 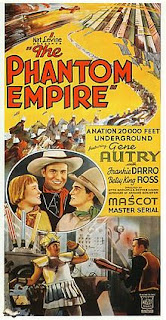 The Phantom Empire (1935) was a Gene Autry serial film, combining the western, musical, and science fiction. The story is about a singing cowboy who stumbles upon an ancient subterranean civilization. 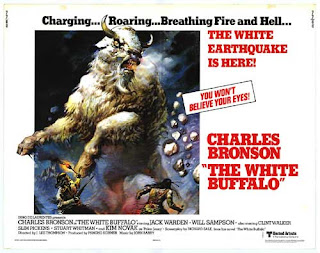 The White Buffalo (1977) is a mystical story about Wild Bill Hickok hunting a white buffalo with an Indian named Crazy Horse. Is this Jaws or Moby Dick? 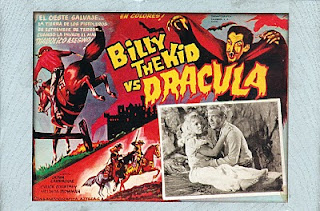 In Billy the Kid vs. Dracula  (1966), Dracula goes to the Wild West looking for a wife and decides on Billy the Kid’s fiancée. Trouble ensues. 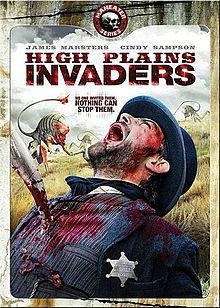 This 2009 TV film is a precursor to Cowboys and Indians. A bad guy about to be hanged, saves the town from nasty bugs from outer space.

Now, if you're into odd blendings of Westerns and lessor genres, you'll like The Return. This Steve Dancy Tale is an honest Western about Thomas Edison and the electrification of Wall Street. It's a fish-out-of-water story about an Easterner who seeks adventure in the Old West and then can't quite fit anymore in his home town of New York City. Try it, you'll like it.