How to become an overnight success!

Recently I talked with an aspiring writer who felt unsure about her first novel. She asked how I started. Specifically, she wanted to know if I tried nonfiction, short pieces, or just jumped directly into a novel. She wanted to know if I had help. Did I take classes, use a writing coach, or read books about the craft of writing. The questions came in a torrent. My response, a single syllable.

I always wanted to be a novelist. In fact, I started college as an English major. I could tell a good story, but my grammar and spelling embarrassed me so often, I switched to economics. I never again thought about writing until I had a brilliant idea for a novel. That idea started me on an extended foray into abject disillusionment and rejection. After shoe boxes full of rejections, an agent took the time to tell me that my book was crap, although he did give me credit for an intriguing storyline. The bottom of his short note read, “Writing is a profession, leave it to people who know what they’re doing.”

No more writing for years.

Then an interesting event took place. A professional journal approached me for an article about a technology success I had managed as CIO for a major corporation. That’s when I discovered editors. My piece laid out our technical project as a story about overcoming challenges, but my spelling and grammar—after all these years—still needed help. The editor not only fixed my flaws, but showed me every change she had made. I went through each and every one trying to learn how to do a better job next time. There were seven more “next times,” and each journal article improved until I felt I was getting the hang of writing.

Next, I started writing magazine articles. These were still nonfiction, technical pieces, but I branched away from computers to write about other subjects. But not for long. In a fit of optimism, I put together a proposal for a nonfiction book about managing computer professionals.

There’s an old saying in publishing that nonfiction depends on credentials and fiction depends on platform. Like a lot of clichés, this one has some truth to it. Because of my title as CTO of a Fortune 50 company, my book acquired an agent and publisher lickety-split. This endeavor became The Digital Organization, published by Wiley &Sons. The entire experience was a nightmare. Now, I discovered a new kind of editor—not one who fixed my transgressions, but one with the power to dictate content. The process was glacial. Not a good attribute for a book about the speed-of-light computer industry. I vowed never again to invest so much time on a book with a shelf-life measured in nano-seconds.

After a few failed nonfiction proposals, I wanted to try my hand at fiction again. I started by reading books that promised to teach the craft of novel writing. Definitely a mixed bag. After I got five chapters of my novel as close to perfect as possible, I hired a writing coach from Gotham Writers' Workshop. I discovered I had underestimated perfect. Despite a manuscript spattered with red ink, the coach was highly encouraging. She believed my book had serious potential and gave me numerous tips on how to get it to a professional level. Upon finishing Tempest at Dawn, I easily acquired an agent with McIntosh & Otis. I was going to be famous.

Not so much. The agent shopped the book around and received enough positive feedback to keep the effort up for a couple of years, but in the end, everyone decided to “pass” on my novel about the Constitutional Convention. In the meantime, I wrote a western titled The Shopkeeper, and a series was born.

I have now written nine novels, two nonfiction books, and ghostwritten books for celebrities. All of them have done respectable, but it was the Steve Dancy character who caught readers’ attention. The enthusiasm for the series surprised me, especially among women readers. I thought Westerns were dead. Instead, I discovered an eager audience for traditional heroes who dispatch bad men.

Okay, this is what I do while waiting for other people to put the finishing touches on Jenny's Revenge. The new Steve Dancy is coming soon, but in the meantime, I hope you enjoy my amateur filmmaking.

The Jenny's Revenge manuscript arrived back from my editor. I happen to be in Hawaii visiting family, surfing gentle Waikiki waves, and sipping umbrella drinks. My brother and his wife have graciously hosted us in their home in Kailua. Our visit to paradise was been slightly marred by a quick trip to a discount store to buy blankets because the weather is unusually cold. I've never shivered on any of my previous trips to Hawaii.

Since we mostly laze about, I've had time to make some progress on the edits to my manuscript. This is my eighth book working with the same editor, and I always delude myself that this time the manuscript is near perfect. Nothing doing. Red scars every page. Rather than just accept all the edits, I go through them one at a time. I find that I reject only about one in twenty, but every once in a while my editor makes a mistake and I revel in it. Speaking of mistakes, my first editor is my wife. She's supposed to catch all of my mistakes, which allows me to blame her for the red ink. She claims she is no more successful correcting my writing errors than fixing my personality flaws. They're both just too numerous. Oh well, c'est le vie.
at 11:59:00 AM No comments: Links to this post 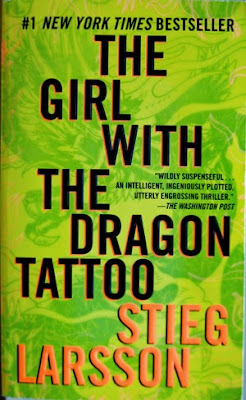 We finally decided on a cover for Jenny’s Revenge, A Steve Dancy Tale. During the course of our selection, I found an interesting article titled: What Makes for a Brilliant Book Cover? A Master Explains. The master is Peter Mendelsund, who designed the book cover for The Girl With the Dragon Tattoo among many other titles. (You can see some of the rejected Girl covers by following the link.) 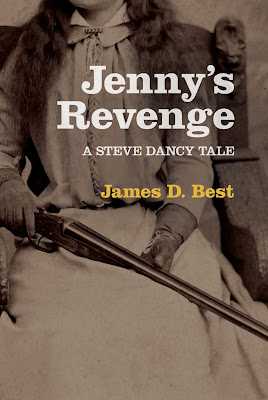 “On one level, dust jackets are billboards. They’re meant to lure in potential readers.”

“A truly great jacket is one that captures the book inside it in some fundamental and perhaps unforeseen way.”

“If this author got a big advance, then you’re going to have to jump through some flaming hoops.”

“The Girl With the Dragon Tattoo: It had to have what designers refer to as ‘the Big Book Look.’ In other words: really, really big text … Mendelsund did what he describes as the ‘dumbass thing’ of echoing the title visually on the cover itself, putting the text on top of an image of… a dragon tattoo. It was the rare case in which a novel had so much momentum that the best thing a designer could do was stay out of the way … The design featured at least one small victory against the obvious: the bright yellow backdrop … ‘Up until that point, I would defy you to find a dark gothic thriller with a day-glow cover,’ he says.”


I’ve written a number of articles about book cover because they're important. People really do judge a book by its cover. Something to keep in mind, however, is that until an author breaks into the NYT Bestseller List, the spine is the most important part of the design because that's all anyone will see on the shelf of a brick and mortar bookstore.

When we selected the cover for the first Steve Dancy Tale, we used an L. A. Huffman Montana Territory portrait from around 1880. Most genre Westerns displayed an illustrated action cover in eye-catching colors. We went with black and white photography to signal that The Shopkeeper was a different kind of Western. We've stuck with black and white period photography ever since.

The designer is my son by the way. I’m getting back his tuition from that pricey art school one book cover at a time.  When we did the cover for The Return, the fourth book in the series, I asked if my name could be larger. He informed me that when my name became bigger than the title, I’d be toast. 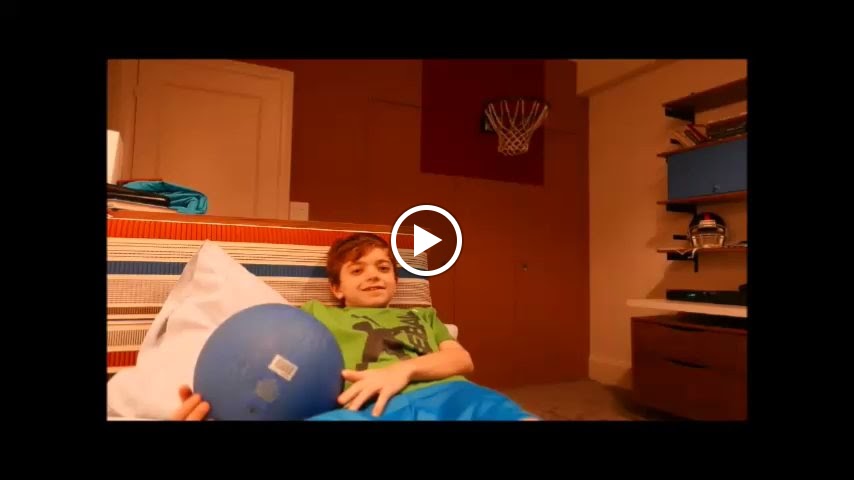 My best birthday gift. Click here to see the full video.
at 9:22:00 AM No comments: Links to this post

Birthdays Used to be Fun

Today is my birthday. My present is a trip to Hawaii to surf in calm waves in warm water and visit my brother and his wife. It will be fun. The trip, that is, not necessarily my birthday. When I was a kid, I wanted birthdays to come sooner because with enough of them I could become a freewheeling adult. I discovered adulthood didn't include as many privileges as I expected, but birthdays remained great fun. At least for a few decades. Now ... not so much. Instead of blowing a party horn, I catalogue my aches and pains. In truth, I’m grateful to be relatively fit, with a great family and loving wife.

My biggest problem is remembering to get up from my writing chair to get some exercise. I become so engrossed with my characters, I sometimes have to cause a distasteful dispute so I can leave them to their own devices. When I return from a long walk or an hour of surfing, my characters’ tempers have abated enough that I can get on with the story. I know you think I’m kidding, but …

I'll leave you with my life’s goal. I want to be the first person over one hundred years old to break the four-minute mile. This may sound tough, but I intend to train for an entire decade to achieve this goal. It will be hard and consuming work. Thank goodness my ninetieth birthday is still far off in the future.