Helping with a book report

. Here are the questions and my responses.


Were did you spend your childhood? 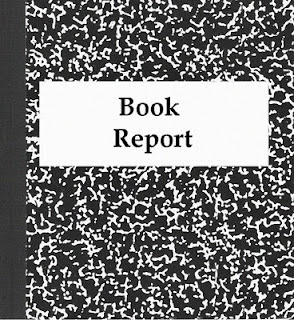 In southern California. Although I lived in Torrance, I spent, or misspent, my youth in Hermosa Beach surfing.

Why did you write the Shut Mouth Society?
My first novel was Tempest at Dawn, a historical novel about the 1787 Constitutional Convention. I was researching a companion book about Lincoln's political leadership during the Civil War, and discovered that Mary Lincoln had supposedly burned all of Lincoln's papers before they left for Washington. It got my imagination going. What if new pre-presidential Lincoln papers were found? Why had they remained hidden? How could I make a mystery out of it? One day I started writing, and a bit over a year later, The Shut Mouth Society was sent to editing. I'm still working on a Lincoln book that will take place in the mid-nineteenth century.

Why did you pick President Lincoln?
I write historical novels, but my special interest is the Constitution. After Tempest at Dawn, I felt the next most important Constitutional event in history was the Civil War because slavery had been left unresolved during the Constitutional Convention. I also find Abraham Lincoln a fascinating character, which is crucial in storytelling.

Why do you write about history?
I love history. It's the story of mankind. Also, I want to write books with a long shelf-life. My first book was non-fiction about computer technology. The publishing industry moves slow, so the book was technically obsolete before it hit the bookstores. A historical novel can last forever.

Were did you get your education?
I got an undergraduate degree in economics from California State University at Northridge, and an MBA from UCLA

What awards have you received?
I don't generally submit my work for awards, but The Shut Mouth Society was a finalist for the ABPA Glyph Award for "Best Popular Fiction." Although not an award, Tempest at Dawn was featured on The Glenn Beck Show and is on the Glenn Beck Reading List and the Constituting America Reading List. 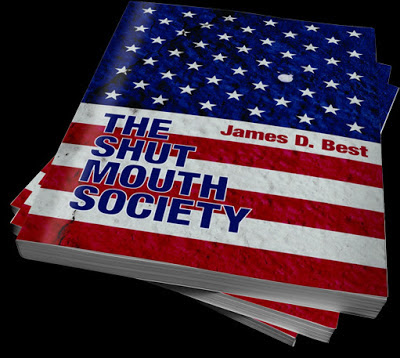 Who Wrote the United States Constitution? 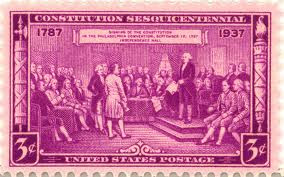 The infant periods of most nations are buried in silence, or veiled in fable, and perhaps the world has lost little it should regret. But the origins of the American Republic contain lessons of which posterity ought not to be deprived.—James Madison


The Articles of Confederation proved barely adequate during the imperative of war and a failure after independence. It looked as if the American experiment was doomed. Then in May of 1787, delegates came to Philadelphia with a congressional charter to revise the Articles of Confederation. They didn’t revise the Articles. Instead, they wrote a constitution from scratch for a totally new government. These men carried out a bloodless coup that replaced an existing government without a shot.

Who were these men? Who wrote the Constitution of the United States?

The short answer is that Gouverneur Morris wrote the Constitution, with editing help from other members of the Committee of Style. In truth, all of the delegates, to a greater or lesser degree influenced the substance of the Constitution. There were fifty-five men that attended the Federal Convention, what we now call the Constitutional Convention. When Thomas Jefferson read the list of attendees, he called them an “assembly of demi-gods.”

Not exactly, but they were staunch revolutionaries and patriots. They were also highly successful, well educated, and unswerving in their support of the republican form of government. They came to Philadelphia committed to rescuing American from its slide into anarchy.

A few are household names. George Washington presided over the convention. James Madison, Roger Sherman, Benjamin Franklin, Alexander Hamilton, James Wilson, and George Mason were all key delegates. Many of the rest have been forgotten.

Most of these men knew each other from years of politicking or war. Twenty-nine served in a military capacity during the Revolution and another twenty-three risked their fortunes and lives by taking an active political role during the war. Eight committed treason by signing the Declaration of Independence.

In colonial America, college degrees were rare, yet twenty-nine held college degrees and many others were self-educated in the classics and modern political thought. Almost all of the delegates were knowledgeable about Aristotle, Locke, Hume, and Montesquieu. Ten had degrees from the College of New Jersey (later to become Princeton), six from European universities, four from Harvard, four from Yale, four from William and Mary, two from the College of Philadelphia, and one from Kings College (later to become Columbia University).

Forty-five delegates were rich. Thirty-one had the good fortune of being born to wealthy or prominent families. Twelve were self-made and two married into money. Ten struggled to make ends meet and to support their families.  Eight were born in other counties and many were second generation. Eleven were businessmen, eight owned large plantations, three were physicians, one was a professor, and six could be called professional politicians.

Thirty of the delegates were lawyers in an age that revered the rule of law and reason. All of them had extensive political experience and many went on to take substantial roles in the government they created. Two became president, twenty-five served in Congress, five gained appointments to the Supreme Court, four became foreign ministers, and four held cabinet positions.

Not every delegate went on to further success. Six wealthy delegates died impoverished, fleeing creditors. One was indicted, but not tried, for treason. One barely escaped impeachment from the Supreme Court and another was expelled from the Senate. Two died in duels, another mysteriously disappeared in the middle of New York City, and another was rumored murdered by a grandnephew impatient for his inheritance.

These were not demi-gods, but real men with human frailties and weaknesses. The story of the Constitution’s creation is incredible, but what makes this work as a novel is the cast of characters. The Founding Fathers were bigger than life, but they were also real human beings—men and women that I wanted to bring into the reader’s living room.