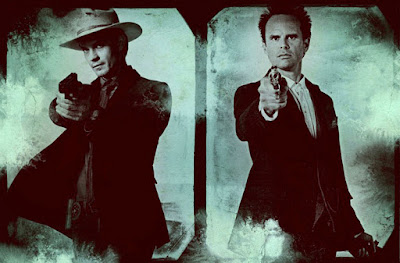 I watched the final episode of Justified last night. A little tardy you might think. Not to my way of thinking. I never watch any TV until the entire season is available on DVD or streaming.  That way I can binge-watch the series without ugly commercials or intervening days of holding my breath for the next episode. I get it all, and I get it the way I want.

Except … the sixth season of Justified has been available for nearly a year, so you might ask what took me so long. Justified is my favorite television program. (Elmore Leonard is one of my favorite authors.) I was heartsick when I heard the series had come to an end. As long as I never watched the last season, it was not really over. It was always there to look forward to.

Here is what I wrote about Justified in a previous post:

Justified, starring Timothy Olyphant, Walton Goggins, and a host of other fine actors, is a character-driven modern day western based on a short story by Elmore Leonard. I believe bad guys and gals make heroes heroic, and Justified has a bevy of really bad characters. Our hero has sidekicks of course, but basically, it’s Deputy Marshal Raylan Givens against this cast of misfits, hoodlums, and felonious masterminds. Good actors portraying interesting characters in a tightly written drama presented with masterful storytelling. Who could ask for more? 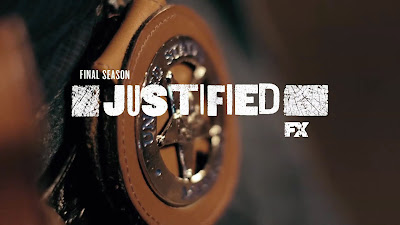 But good things can’t be put off forever, so I watched the last season of thirteen episodes in four nights. The final episode did not disappoint. It echoed the pilot in a well-crafted conclusion that sets a high standard for future finales. Good writing starts with good plot decisions and Graham Yost and crew did a masterful job. It’s hard to imagine a different ending that would leave viewers as satisfied.

Here is an excellent Entertainment Weekly explanation of the final episode

Here is Variety’s description of the finale

For the impatient, here is the #1 Showdown!