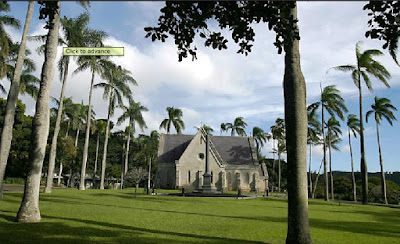 I believe Mark Twain is the greatest western writer of all time. Not only did Tom and Huck live on the frontier, but Roughing It describes his own adventures in the Wild West, including his stint as a reporter in Virginia City when it was wilder than any cow town on Saturday night. Twain thought the West was a hoot, so he kept traveling in that direction until he reached the Hawaiian Islands. In 1866, he spent four months in paradise as a reporter for the Sacramento Union.

Here are a couple of things Mark Twain said about Hawaii.

This is the most magnificent, balmy atmosphere in the world--ought to take dead men out of grave.

The missionaries braved a thousand privations to come and make them permanently miserable by telling them how beautiful and how blissful a place heaven is, and how nearly impossible it is to get there.