From Bestselling Indie-Novelist to Also-Ran 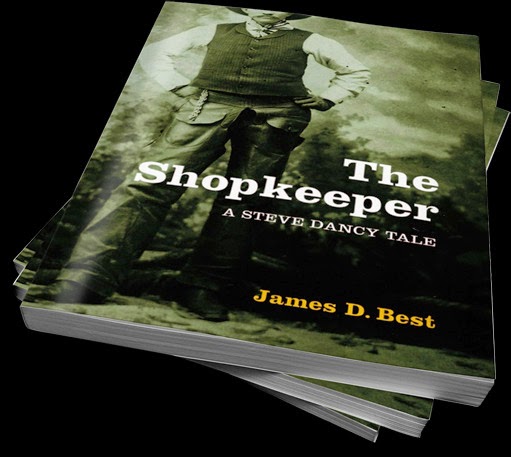 I self-published The Shopkeeper in 2007. It seems like a lifetime ago, but in indie-publishing terms, it was an eon. I stumbled into indie-publishing by accident. At the time, I had a New York agent with a major firm, but he declined to represent my Western because he said the advance would be less than a decent down payment on a small Korean car. He explained that his 15% wouldn’t be worth his time.  Okay, I decided to self-publish the novel. The Shopkeeper found an instant audience and it was consistently in the Top 20 bestselling books in the Western genre, and at Christmas it often ranked as the #1 Western.

In 2007, most indie-books were nonfiction. In fact, self-published novels were so rare; I pretty much had the field to myself. For a couple of years I was the bestselling indie-novelist in America.

Alas, good things never last. Today I hear there are 30,000 indie-books published each and every month, with most of them being fiction. My lonely world suddenly became very crowded. What happened? The Kindle. It was also introduced in 2007, but it took a few years to get rolling. Those were my years, when print dominated genre fiction.

I would lament the good ol’ days, but I sell more books than I used to. It’s just I can no longer claim bestselling status. I’ve published seven novels and two nonfiction books, five of them Steve Dancy Tales. As of this writing, all five Steve Dancy novels are ranked at less than 30,000, with the nine year old The Shopkeeper ranked at #75 in Kindle Westerns. My novels for the Barnes and Noble Nook are doing better than I expected as well. (The Shopkeeper is ranked at under 4,000 overall.) More important, actual sales are better than they have ever been.

The moral to the story is that progress isn’t necessarily scary or harmful—just different. e-books brought indie-authors vast numbers of new readers. Yeah, the ubiquitous device also brought competition, but with an expanding market, there’s room for everyone. Besides, savvy readers weed out the charlatans that crank out a book after book that they price at less than a cup of coffee. It seems newbie indie-authors flame-out more frequently than want-to-be actors in Hollywood. There’s some great stuff out there in the indie world, but to compete in this crowded market requires study, effort, and a love of writing. Good novels don’t just happen. Authors write and rewrite them until readers want to flip the pages all the way to the end.


So here’s a piece of advice from an ol’ fogey—if you want to sell a lot of books … write a darn good one.