What am I writing?

The New York Times recently ran an opinion piece titled, “Don’t ask what I’m writing.” The article deals with writers’ uncertainty during the initial stage of a novel, and suggests friends shouldn’t ask too many early questions because it can be unnerving. True.

I had a good friend ask about The Return when I first started and she was aghast when I said Dancy and his friends were going to New Jersey. She begged me not to take my Western series east. She loved the West and liked the fact that each book moved around the American frontier. Taking my characters to New Jersey and New York City seemed to her like some kind of betrayal. Her angst gave me pause, but after some additional thought, I went ahead anyway. I went ahead, but I never spoke to her again about the book, nor did I tell her about another major change in the lead character’s life.

This friend is one of my rough draft readers who I trust to tell me the truth. She’s a reliable compass, so I was apprehensive about her take on my new novel. I shouldn’t have worried. She loved it. Her first words were, “I was wrong. I enjoyed seeing Western attitudes play out in an Eastern setting.”

I like fish-out-of-water stories. I took Steve Dancy, the New York shopkeeper, to the frontier for that very reason. He didn’t fit, but he had to adapt to survive. Now I let him return home to discover that he no longer easily fits in the east either. I also thought it was high time for him to have a grownup romantic interest. The entire series has been about Dancy ‘s growth and these two development have set up some interesting scenarios for the future. When I didn’t discuss it with others, I was confident about where I was taking the story. But there were moments when I feared I might be harming a great character and storyline. In the end, The Return has received faster and better reviews than the other books in the series. What a relief.

This is why I like the final advice of the New York Times piece:

2. Try, as much as possible, to avoid torturing these brave souls with your own insecurities. 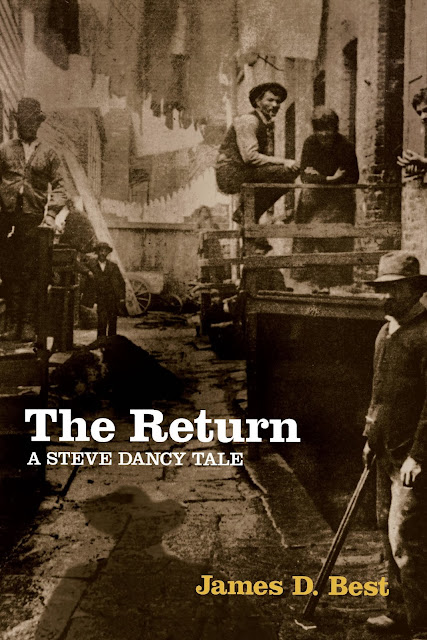