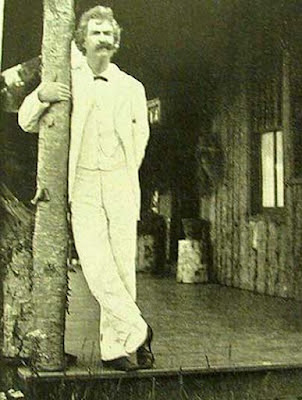 Curiosity.com published a list of writing tips from Mark Twain. Now, Twain never actually published a list, but his letters provided plenty of tips that just needed to be gathered up in one place.

1. "Write without pay until somebody offers to pay."
2. "Don't say the old lady screamed. Bring her on and let her scream."
3. "Great books are weighed and measured by their style and matter, and not the trimmings and shadings of their grammar."
4. "The time to begin writing an article is when you have finished it to your satisfaction."
5. "If I had more time, it would have been shorter."
6. "The more you explain it, the less I understand it."
7. "Substitute 'damn' every time you're inclined to write 'very.' Your editor will delete it and the writing will be just as it should be."
8. "The difference between the right word and the almost right word is the difference between lightning and a lightning bug."
9. "Use plain, simple language, short words, and brief sentences... don't let fluff and flowers and verbosity creep in."
10. "As to the adjective: When in doubt, strike it out.”

Good advice, but I believe scrutinizing Twain’s castigation of James Fennimore Cooper provides even more guidence. Among other things, Twain wrote “Cooper's art has some defects. In one place in "Deerslayer," and in the restricted space of two-thirds of a page, Cooper has scored 114 offenses against literary art out of a possible 115. It breaks the record.”

If the criticisms of Cooper were rewritten as positive statements, they would make a great guide to great writing. Which I took the liberty of doing here. You may also want to check out my catalog of writing advice from the masters. 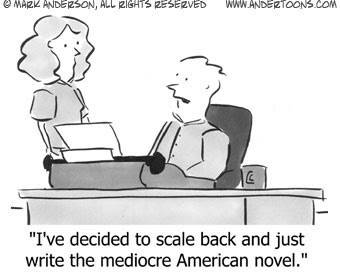