A great first sentence does not a page-turner make

Every novelist wants a memorable first sentence. There are innumerable lists of great and dreadful first sentences. (#95 at the great link is a hoot.) Writers seem to always struggle for the perfection—searching for uniqueness, and then honing each word until it demands attention.

(One of my favorites is my score-settling first sentence in The Shut Mouth Society, “Amos Cummings cursed his editor.”) 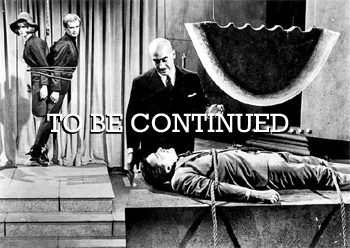 Despite first sentence mythology, the greatest first sentence in history will not make a page-turner. Readers often blow by the first sentence with nary a thought. The most important aspect of a genuine page-turner is chapter endings. The end of a chapter is the natural point to put aside a book, so to deprive readers of sleep, each chapter needs to end with a teaser. A cliff-hanger is not necessary; in fact, a string of these can be tiresome.  All that is necessary is a hint of mystery, discovery of a fact not disclosed to the reader, a character startled by a revelation, an imminent threat by an antagonist, or anything else that prompts the reader to flip the page to see where the story will go next.

Here are a few chapter endings from The Shopkeeper.

I glanced at the shop door, closed to the outside. “Unfortunately, the world has a way of intruding.”

I didn’t make excuses but looked at each man sequentially. Finally, Richard said, “Okay, we’ll tell you everything we know.”

I took a deep breath and reminded myself that I could not win this battle by remaining indoors.

If you want to write a page-turner, focus on chapter endings. They should not be over the top. The idea is to entice, encourage, tempt, compel, or even bribe the reader to continue reading. If you need further examples, watch the early seasons of the television program 24. The writers were masters at bringing the viewer back for the next episode.
at 8:19:00 AM