Thomas Edison was a much more complex person than generally realized. The Wizard of Menlo Park was a character in the Steve Dancy Tale , The Return. In researching this iconic inventor, I learned that he was single-minded when he got something stuck in his head. This worked exceptionally well for solving a puzzle like finding a proper filament for his light bulb, but didn’t work so well in his personal relationships. His fixated behavior also didn’t enhance the business side of his groundbreaking discoveries. Edison made enemies. Sometimes, as with J. P. Morgan, he made enemies out of longtime friends and supporters. 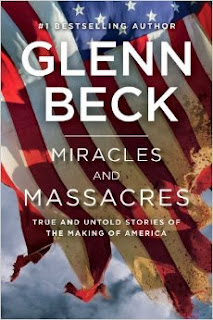 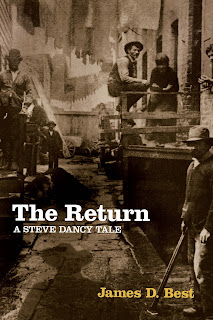 Portraying real persons in fiction can be risky. The author has an obligation to reflect their character and actions honestly. After all, they are generally defenseless to an assault by the mighty pen. There is another problem with historical characters.  In fiction, if you deviate too much from the common image of an historical character, you can disrupt the flow of the story. As the reporter famously said in The Man Who Shot Liberty Valance, “When the legend becomes fact, print the legend.”

In The Return, I tread carefully around Edsion’s image as a gentle genius, but I also dropped hints about his peculiar personal behavior and his ability to be just downright mean. I had a story to tell, and I included Edison in a Western to show that at the same time people struggled to settle a raw frontier, other pioneers in New York City were reinventing the world.

Nonfiction, of course, is completely different. In a history book, it is important to tell the unvarnished truth about people and events. When I was approached to assist with Glenn Beck’s new book, Miracles and Massacres, I accepted because Beck insisted that this book would tell it like it really was. It was a fun experience, and the final product is unique. It explains underplayed episodes of American history in an engaging story format.

So, was Thomas Edison a good guy or bad guy? Get the book and decide for yourself. As Joe Friday used to say, “Just the facts, ma’am, just the facts.”