Mr. Know-it-All (Gary Clothier) is a columnist for the Star Democrat in Maryland. Nice answer to a reader's question. At least I liked it.

Q: A friend showed me a list of old-time cowboy movie stars, including pictures. On the list was James Best. I recently finished reading a Western novel by James Best. Was the movie star also a writer? The novel was excellent. F.T.N., Bangor, Maine 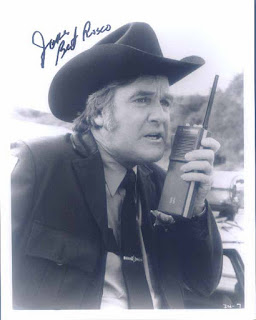 A: James Best the actor also lists accomplishments of being an artist and director. He was born in 1926 as Jules Guy, and is probably best known for his role as Sheriff Rosco P. Coltrane in the popular TV series "The Dukes of Hazzard." According to publicity material, he claims to have appeared in more than 600 television shows and appeared in more than 80 films.

James D. Best the author has written at least six books, including the Steve Dancy Western novels: "The Shopkeeper," "Leadville" and "Murder at Thumb Butte." I couldn't agree with you more about the series. I read them and enjoyed them immensely.