Story arcs drive the popularity of TV series. Can it do the same for a book series?

In novels, a story arc usually refers to rhythm of a story from introduction, to big trouble, to resolution. Basically, the rise and fall of tension and emotion in a story. In most novels, this story arc is self-contained in a single book. Not so, for television. 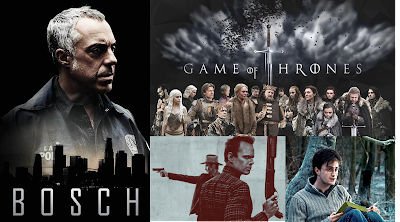 How does a story arc work different for television? Dictionary.com defines it as "a continuing storyline in a television series that gradually unfolds over several episodes." I would add "or seasons." Think about the hunt for Red John in the Mentalist, or the quest for the throne in Game of Thrones, or the feud between Deputy Raylan Givens and Boyd Crowder in Justified. In television, a good story arc threads it's way through multiple episodes that tell self-contained stories with a beginning, middle, and end.

Despite the pervasiveness of the term, everything carried along from one episode to another is not a story arc. "Space: the final frontier" from Star Trek is setting, not story arc. The solution of the crime in Bosch takes an entire season, but this television program is more akin to what we used to call a mini-series. Same for the old television program 24. These are dramatizations of a novel or single story over many episodes. A true story arc involves an embedded, larger mystery in a series of smaller stories. Without closure to this grand mystery, the series is hard to put aside. It's also important that a story arc can be resolved. In fact, it is the promise of resolution that draws in the audience week after week. They want the answer to this puzzle.

So, can the television style of a story arc help pull along readers of a book series? I'm not an expert, but J. K. Rowling is. Each Harry Potter included a self-contained story, along with the gradual reveal of the Lord Voldemort mystery. Handled deftly, a long running story arc can pull readers through the entire series. The problem is you can't string along readers forever. Readers feel they are owed resolution. The trick is to present this resolution in a manner that is not the death knell of the story.

Crossing the Animas resolves the series-long story arc of the Steve Dancy Tales. It's yet to be seen if I did it in a manner that allows me to reboot the series with a wholly new story arc.

I bet I did. Just wait. See where the story goes next. 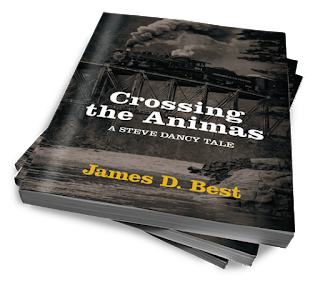