In Desperate Need of Ruby Slippers 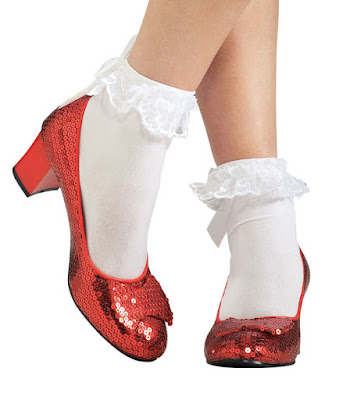 In a previous post I lamented our poor travel luck of late. The good news is that once we left the USA, all of our travel difficulties disappeared. We flew to Paris without incident, and took taxies, trains, and Metros without mishap. The bad news greeted us on reentry to the USA. The final leg of our flight was cancelled due to weather. Despite claims by Global Warming alarmists, airlines still consider weather an act of God. No free hotel. No paid one either. When weather has a temper tantrum, New York hotels fill up in a New York minute. A long taxi ride into the city found us a place to stay.

Our airline booked us out of LaGuardia the following evening. Since we were anxious to get home, we left for the city four hours ahead of our scheduled departure.  We wanted to miss the work traffic. What we didn’t know was that since our last uneventful trip to LaGuardia, some nincompoop decided to tear up all access roads simultaneously. It took two hours and a wheel barrow of money to get us to the terminal. But we still had a sense of humor. We laughed at our travails as we grabbed a glass of wine at the Delta Sky Club. We were in heaven. A quiet, little sanctuary hidden from the hubbub just outside the sliding glass doors. Then all hell broke loose. Alarms went off, tense announcements ordered us to evacuate immediately, and people rushed everywhere. First responders burst in from outside. Was it the Sky Club or the entire airport? Once we got outside the lounge, we found calm and order. Who had turned the world upside down? Apparently a short in the dishwasher. The culprit had been an electrical fire in the kitchen.

In our haste, we had brought our wine out with us and it was less than an hour before our flight time. C'est la vie. We’d manage. Heck, we’d already endured much worse than being thrown out of an airport lounge.

How naïve. Our early evening flight got delayed until the dead of night.

When I had a horrible game of golf, my eighteenth hole was always spectacular. I think it was someone’s sly way of enticing me back onto the links. In a similar fashion, once we landed in Omaha, everything went perfect. Technically, it was morning. At that hour, taxicabs were rare, but our luggage came out first and we beat the competition to the cab stand. Omaha traffic is light in comparison to big cities and non-existent in the wee hours. We flew home.