Dead people publish new books all the time. Some of these books are unfinished manuscripts. Others are ghostwritten from scratch to take advantage of a famous name like Robert Ludlum. But there is one book composed by the actual author that was purposely withheld from the market for one hundred years, and after release, sold over a half million copies. Now that’s quite a feat.

The author, of course, is Mark Twain, and the book is his autobiography … Volume 1. (The New Yorker has a fine article about Twain’s autobiography.) The second volume has just been released and is also projected to sell well.

Twain specified in his will that his autobiography could not be published until 100 years after his death. He claimed that time would heal the wounded egos of those he assaulted. There is a lot of vitriol aimed at long forgotten people, but the only controversial aspect of his own life is an atheism well known by his contemporaries. In typical Twain humor, he wrote, “I have thought of fifteen hundred or two thousand incidents in my life which I am ashamed of, but I have not gotten one of them to consent to go on paper yet.”

The delayed publication was a grand publicity stunt by one of our nation’s foremost self-promoters. Twain believed, no, he knew that the great great grandchildren of his current readers would be interested in his life. He expected immortality of an earthly variety … and he was right.

The meandering style of the book has not garnered good reviews. Twain wrote that other autobiographies “patiently and dutifully follow a planned and undivergent course.” His own, by contrast, is “a pleasure excursion.” It “sidetracks itself anywhere that there is a circus, or a fresh excitement of any kind, and seldom waits until the show is over, but packs up and goes on again as soon as a fresher one is advertised.” 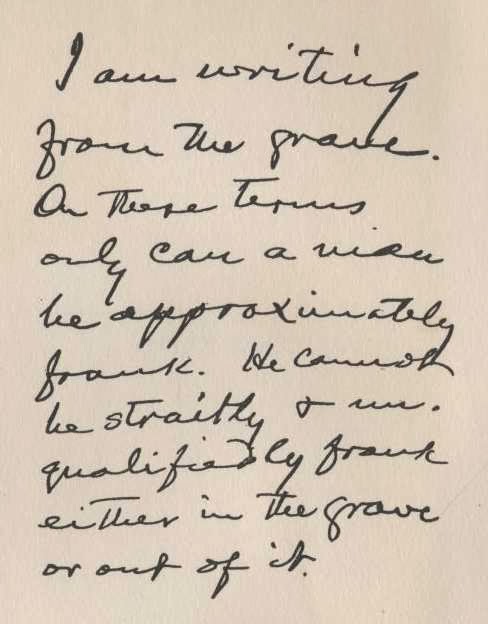 Mark Twain, Best Western Writer of All Time
Banned Authors Clobber the Banners
Mark Twain Tells us How to Write
Mark Twain on Heroes
at 9:56:00 AM