Should a Writer Use Friends as Characters?

Well, that's the simple answer. I have a rationale behind my answer: 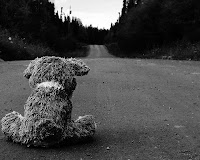 I have used friend names for characters, but those characters were very different people. So different that there would be no confusion. I do this occasionally as a tiny nod of acknowledgment. Besides, some of my friends have cool names.


That said, I have been tempted to follow Mary Higgins Clark's example.

“When someone is mean to me," she said, "I just make them a victim in my next book.”

I've encountered a few people I’d like Steve Dancy to castigate. (That’s castigate, not castrate.) I’ve restrained myself so far because of rule #2. I think that if I ever succumbed to temptation, I'd definitely be stepping onto the proverbial slippery slope.