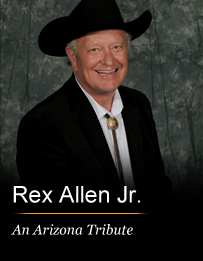 Last night I went to the Phoenix Symphony to hear Rex Allen Jr. in an Arizona Tribute. It was a great presentation that mixed movie and television Western scores with cowboy songs by Rex Allen Jr. This was not a night for experimentation. The symphony and Allen did the standards of Western music; Buckaroo Holiday, The Big Country, William Tell Overture, Bonanza, Ghost Riders in the Sky, Cool Water, Streets of Laredo, and several others. The performance concluded with I love you Arizona, which was written and sung by Allen and adopted last year as the official theme song for the Arizona bicentennial. The audience insisted that Allen sing the song again for an encore.

It was a full house and I hope the popularity of the two-night performance will encourage other similar events. 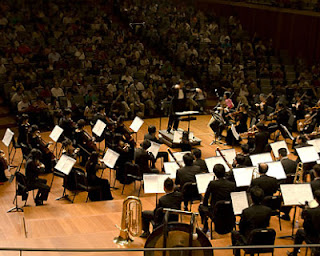