In 2008, USA Today ran an article titled "The good, the bad, and the anti-hero." The lead sentence claimed that, “Heroes are old hat.” 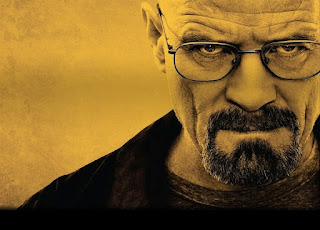 Are old fashioned heroes a thing of the past? They were in the selection of 2008 Oscar-worthy movies. The public might disagree. The four anti-hero films nominated for Best Picture grossed less than $190 million combined. (The fifth nomination, the indie film Juno grossed $126 million all by itself, primarily from word-of-mouth.) The Assassination of Jesse James by the Coward Robert Ford domestic box office was less than $4 million, despite starring Brad Pitt. 3:10 to Yuma did better, grossing a little over $53 million domestically to barely cover it’s production cost.

(3:10 to Yuma came the closest to portraying a traditional hero. In the end, however, Hollywood couldn’t help itself, so it killed the Christian Bale heroic character and Russell Crowe rode off to rule the unruly West. The anti-hero once again won.) 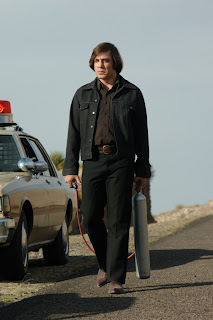 The USA Today article actually classifies Chigurh in No Country for Old Men as an anti-hero. In my mind, an anti-hero is a morally handicapped individual who overcomes his or her dark side to perform a heroic deed. As the article points out, we have a long tradition of celebrating the anti-hero and the anti-hero certainly deserves a solid place in literature and film. The Javier Bardem character, however, never veers away from his villainous role. He is scary evil from start to finish. Chigurh is a fascinating character, but he is not an anti-hero. If anything, he’s an anti-villain.

In the USA Today article, under a heading, "Rising out of the Vietnam Era” Lisa Dombrowski, associate professor of film at Wesleyan University said, “Most people will date the rise of the anti-hero to the 1960s, when the entire cast of Bonnie and Clyde and Who’s Afraid of Virginia Wolf were nominated. There was a shift to embracing characters that are highly flawed yet compelling.”

Maybe it’s time we shook ourselves free of the sixties. Society needs heroes. They exist in the real world and we need them in fiction to serve as role models.
at 1:14:00 PM