The Western Heritage in Literature 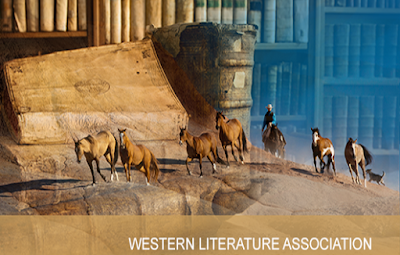 Western fiction is frequently disparaged as illegitimate literature. This myth is perpetuated by classifying literary stories that occur in the West as something other than a Western. Many of the smart people believe Westerns are dime novels, pulp fiction, and straight-to-paperback formula bunkum. But the Western has a long and valid history in literature. 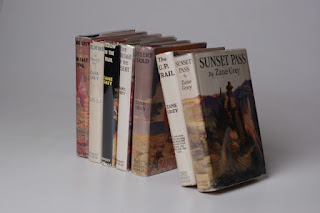 Mark Twain is universally acknowledged as one of the great American literary figures, but is seldom referred to as a Western writer. Yet, Roughing It is a first-hand description of the Wild West of Virginia City during the heyday of the Comstock Lode. Granted, Roughing It is Twain-enriched non-fiction, but The Adventures of Tom Sawyer and Adventures of Huckleberry Finn are coming-of-age novels set on the American frontier.

When Owen Wister published The Virginian in 1902, the novel received critical acclaim and was a huge bestseller, eventually spawning five films, a successful play, and a television series. An instant success, it sold over 20 thousand copies in the first month, an astonishing number for the time. It went on to sell over 200,000 thousand copies in the first year, and over a million and a half copies prior to Wister's death. This classic has never been out of print.

Max Brand, Zane Grey, Louis L’Amour, Jack Schaefer, Elmer Kelton, Larry McMurtry, and Cormac McCarthy continued the Western tradition and all of them have been highly successful. Recently Nancy E. Turner (These is my Words) and Patrick deWitt (The Sisters Brothers) have penned praiseworthy Westerns that are popular with readers.

Western literature has a grand heritage and will continue to appeal to readers all over the world.   Good writing, sound plots that move with assurance, and great characterization will elevate the genre back the top of the bestseller charts.

Here are the bestselling Westerns.
The Steve Dancy Tales