Why do my characters boss me around?


In a previous post I wrote that I had started the next Steve Dancy Tale and the title of the seventh book in the series would be Coronado. I had a plot outline, a nifty cast of characters, and enough research on San Diego history to fill a nonfiction tome. Steve had other ideas. I started the story in Monterey, California, intending to travel down to San Diego by way of Redondo Beach and Pasadena. Don’t ask. I won’t tell you the storyline because I’ll probably use this material in the next book. Suffice it to say that Steve got himself into so much trouble in Monterey that he can’t go anywhere until he cleans up his mess. 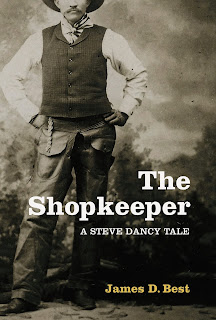 Wait a minute, isn’t Steve Dancy a fictional character? Yeah, that’s what irks me. Who gave him the right to change my story? When I start a new work, I know the beginning and how it ends, but allow the characters to show me the way to get from one end to the other. Many times, I put the characters into a scene, give them a couple lines, and then transcribe the rest of their conversation. I know them so well that I trust them. But never has a character taken me off the rails and done his own thing. This is outrageous. Perhaps he’s miffed that I abandoned him for a spell to write Deluge. Hell, I thought Steve and Virginia wanted to be left alone on their honeymoon. Which brings to mind the first time I knew something was going haywire. The new book starts about two years after our newlyweds rode off into the sunset. I’m writing the first chapter and Steve and Virginia suddenly announce they have a one-year old son. I’m typing away, and suddenly Jeffery Joseph Dancy enters the story uninvited. Cute kid, though.

The bottom line is that I’ve changed the title for the book. It is now called No Peace, A Steve Dancy Tale, but who knows, it could change again. Now I have a true appreciation for what it means to have a character driven story. 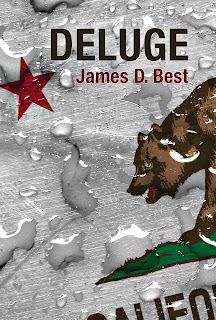 One last thing; because of my recent focus on westerns, I was concerned that Deluge might not be accepted by my readers. It was contemporary, and although there were horrific gunfights, the main antagonist was a nasty storm. I’m pleased that the initial reception has been great. The ratings on Goodreads score it 4.4 and the initial Amazon reviews rank it 4.6. Thanks to all of my readers.

Gotta go. Steve's telling me to get back to work.