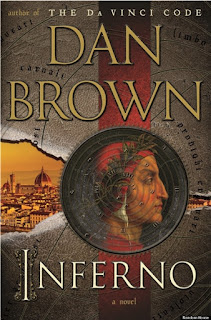 At the time of this writing, Inferno by Dan Brown has nearly 5,000 Amazon reviews for 3.9 stars. Since I thought this was a poor novel, I’m going against the grain. I would give it 3 stars if it was written by a developing author, but it only gets 2 stars in my book because it’s obviously been thrown together by an apparently waning writer.

There is an adage in writing that the author should never let his or her research show. When the action is stopped to pontificate about some factoid, it jerks the reader out of the story. This is forgivable once in a while when the story is good. Inferno does not have a strong story and Brown commits this offense countless times. The reader can imagine him getting a VIP tour around a historic site and Brown peppering his escort with questions about passageways and trivia. He let the locations define the story instead of making the locations a backdrop. This makes for a mediocre travel guide and a lousy novel. All plot, no story.

If Robert Ludlum didn’t invent the chase novel, he perfected it. The basic formula is that a man and a woman meet, there are murders, the bewildered couple become suspects and run, they are chased by good guys and bad guys from one exotic place to another, and a puzzle must be solved or bad stuff will happen to the world and our protagonists. Ludlum made you feel for the characters’ plight, but Brown uses characters like historic sites to merely carry the plot. The reader doesn’t know Brown’s characters. They are as enigmatic as the puzzle. I don’t criticize Brown for adopting this formula. (I used it in The Shut Mouth Society.) I criticize him for mimicking Ludlum’s voice with single declarative sentences meant to hammer a point, and even copying Ludlum’s amnesia device from the Bourne series.

In short, The Inferno was lazy writing.