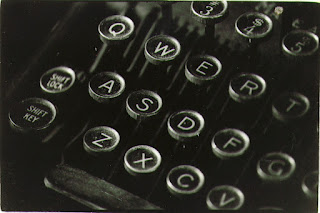 I’ve written fourteen books, counting my ghostwriting assignments. I’ve also written regular magazine columns and probably a dozen technical journal articles. Because of this, a friend searched me out to ask me how to write a book. He explained his idea. His concept was good and I was enthusiastic, but grew increasingly wary as he continued to ask questions. Mostly he wanted to know about mechanics. What time of day did I write? Where did I write? How long? Did I use a novel template? How many words a day? How did I get inspired?

I told him to relax a minute and listen. One time I was at a writers’ conference and someone in the audience asked how I got inspired. I was about to give a cockamamie answer, but decided to be honest. I told her if she was searching for a way to become inspired, she probably was not a writer. Writers love to write. I told her I could write for ten minutes or six hours. I could write in a noisy coffee shop or my quiet den. When I was writing, I never heard what was going on around me. Time evaporated. Writers don’t need inspiration, they need more time. I know a writer who has sold over one hundred million books. He’s nearly eighty, but still writes almost every day. He’s obviously not doing it for the money.

Writers never stop writing. If you do what you love, then you want to do it all the time. That’s why when a writer dies; his or her heirs discover at least one unfinished manuscript. Writers write right up to the end. (Robert Ludlum and a few others have apparently even developed the knack for writing from the grave.)

This is how I answered the questioner. She looked crushed. And as I conveyed this story to my friend, he also looked crushed. For the remainder of his visit, he no longer wanted to talk about his book idea.

I need to rehearse a cockamamie answer to that question.
at 8:46:00 AM