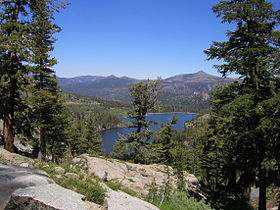 Yesterday, I visited a high school friend I had not seen for at least thirty years. Before diverting north, the trip started through the Carson Pass in the Sierras. It was a beautiful drive and I thought anyone should feel privileged to view these magnificent mountains. Then I remembered Genoa, a way station for 49ers. I was cruising at 60 MPH in climate controlled comfort, while the early pioneers were lucky to eke out 10 miles in a long, determined day. The view probably wasn't uppermost on their minds.

My friend owns an isolated forty acres next to national forest. Getting there required him to come down the mountain to lead me through trails that would challenge a city-bred sedan. Although he had owned the land since the early seventies, he didn't move there until semi-retirement in the nineties.  Now his wife descends the mountain every day to work, while he struggles to make his home self-sufficient. He may want to be independent, but he’s a distant cousin from the long-gone, mountain men who lived off the land. PG&E provides electricity to supplement his solar panels, propane is delivered to his door, a tractor can carve out roads and plow snow, and cell phones keep civilization a touch screen away. Technology is a wonderful way to make a rustic existence comfortable. I even noticed a Verizon Hot Spot winking away on a book shelf to bring the entire World Wide Web directly to his mountain top. The pioneers could only wish they were so lucky. 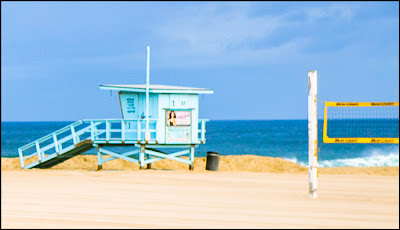 We had a great afternoon wallowing in nostalgia for our younger days. We have lived very different lives since high school, but reconnected easily. We had been neighbors in high school and had peddled bikes towing surfboards to the beach nearly every day. We learned to surf with a couple of other friends and spent untold hours lazing about the beach; sunning, talking, playing volleyball, and flirting with girls. Growing up at the beach in the sixties was a singular experience and a great way to meander our way to adulthood.
at 9:05:00 AM