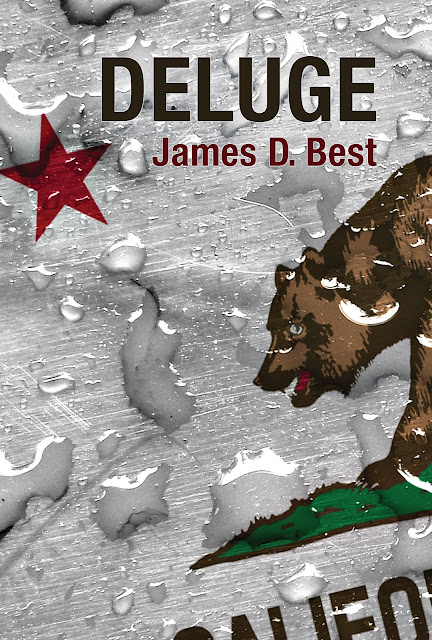 In 1862, a sixty-five day downpour pummeled the western United States. California suffered the brunt of the storm. Almost a third of the state was under water, roads were impassible, telegraph lines down, rivers overflowed, hundreds of people died, and hundreds of thousands of animals drowned. Sacramento remained under water for six months, forcing the state government to move to San Francisco.

Geological evidence shows that a flood of this magnitude hits California every one to two hundred years.

What if it happens again?


I took a break from Steve and his friends to write a disaster story. This one's a corker. I didn't know I could imagine such mayhem.

For Steve Dancy fans, I have started Coronado, A Steve Dancy Tale and it should be available before the end of the year.

Back to Deluge. Greg Evarts and Patricia Baldwin are back from The Shut Mouth Society. The stories are unrelated, so Deluge is not a sequel. The novels just shares the same cast and locale. The characters have changed, of course. Greg is now chief of police in Santa Barbara. Patricia is still a history professor, but has transferred from UCLA to UCSB. When the sky falls on California, our two heroes must once again save the day. There's rain, inept and ept politicians, murading street gangs, cage fighters, spies, and collapsed dams that send mountains of rolling water toward everything we hold dear.

Deluge will be available in print and Kindle formats on June 4th. Happy reading.