To commemorate Constitution Day, the blog What would the Founders think? is posting articles all week on the Constitution.
Constitutional Speed Bumps, by James D. Best
“The powers of government should be so divided and balanced among several bodies of magistracy, as that no one could transcend their legal limits, without being effectually checked and restrained by the others.” Thomas Jefferson 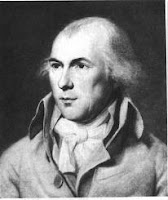 To a degree, each branch of the national government operates in slight fear that another branch will chastise or even overrule its actions. This was an intended consequence of the design. Madison wrote in Federalist 51, “the great security against a gradual concentration of the several powers in the same department consists in giving to those who administer each department the necessary constitutional means and personal motives to resist encroachments of the others. The provision for defense must in this, as in all other cases, be made commensurate to the danger of attack. Ambition must be made to counteract ambition.”
Read the full article
at 9:25:00 AM